In examining the few available texts of ancient Astraionian, I have come to realize there is some similarity between Old Norse and the Scandinavian languages of Earth, and these texts.

We do not yet have a decent vocabulary but it is becoming clear that there are strong verbs and weak verbs, and an absence of participles. This is rather exciting as it is a structure we have seen elsewhere. We will see if it assists us in translation of texts and runes from antiquity here on Astraios.

A "strong verb" is one that changes its stem vowel depending on its usage.

A participle expresses something that has happened-
For example - I was driven home.

-or is happening.
For example - I am walking home.

Old Norse and similar languages do not use participles. In fact, Federation standard adds something like 'do' to express some questions - like "Do you walk?"

In Old Norse you would say, "Walk you?"

It's only my first attempt at examining the language of the ancients here. I find it... fascinating.

I find myself curious to know what Old Astraionian sounded like. In order to have some sense of this we will have to examine other languages with a similar heredity.

For example, on Earth, linguists might be able to determine how Old Norse was spoken by comparing it to languages such as medieval Latin, Old English, Old High German, etc.

Here we are challenged to find such relationships. While we may have engraved stones, runes painted on cave walls, and written or printed texts from antiquity, comparing modern language to an ancient one in order to actually speak it, is a tall order.

If we look at the alphabet used to express the words of Old A, we can make some determination. A letter used now to denote a certain sound - like "s' for example - would likely sound the same centuries ago.

Also an examination of poetry, looking for rhyming words or rhythmic alliteration, might provide some clues.

There is a certain romance to it all. The poetry, the stories, the way of life, so long ago, still touch us in the present.

I wonder, too, how much Astraios herself played in their day to day life. They called her 'vaggästra' which means, 'cradle star'. They considered themselves her children.

The study of ancient Astraionian is difficult due to the rarity of texts or engravings. But, in studying those texts which are available, we find a path forward.

There are definitely root words which appear with some frequency, but, like any scientist, one can't leap to conclusions, especially since the meaning and pronunciation of the language in antiquity could differ radically from today.

If we can find a set of root words that make sense, and see them sometimes joined together to make a compound form, we will start to see some commonalities. The easiest compounds are probably morphologies.

Derivational Morphology describes the use of a root word, plus an affix, to create a new word. For example:
walk + able = walkable
wash + re = rewash

Inflectional Morphology refers to the endings of words, the addition of a letter or syllable that changes the meaning in a particular way. For example:
walk + ed = walked (past tense)
wash + ing = washing (present participle)
tree + s = the plural form

If we can find examples of these types of morphologies in the language we are studying, we can start to build not only vocabulary, but grammar.

Today, I am quite certain, we found the plural forms of nouns in several instances. Written in two different forms, but repeated often.

In Old Norse ( the structure of which seems to have some application here):
stjarna - star
stjörnur - stars

This is an exciting breakthrough. I must remain calm, however. Surmising the roots, affixes and compounds will take time. But whenever you see a pattern...! It makes the work compelling.

I must admit learning Federation Standard was a huge task for me, when I was... finally brought to places where other beings lived, I knew very few words (if any). Thankfully there was a kind woman in my housing complex who seemed to take pity on me, and began to teach me to speak, read and write. I do not remember the amount of time it took... in those days, time had little meaning for me... I slept when the sun went down, and rose at dawn. I was used to spending the days hunting for food and other needs. Suddenly I was... inside a sort of man cave made of wood, and people used their voices to try to tell me things, but it was all just noise to me. Greta was an elderly woman of some stature in the community, and took me under her wing. Every day we would speak words. She taught me how to understand, and how to mark those words on a page.

How far I have come.

Perhaps because of this I studied anthropology and linguistics in the university before finally making my application to Starfleet. Now this background assists me in the AAR project.

I find it so interesting how some of the language structure here, with the ancient Astraionions, is similar to older forms of language on Earth... for example, in Federation Standard there is one forum of singular and one form of plural.

"I am" and "You are" are the two forms we use. In this case the "you" is used for both singular and plural.

But in the ancient past, there were three forms.

Over time, the 'more than three' plural form died out and the 'just us two' form became prominent and was used for both singular and plural 'you'.

In studying the language of Astra, I am convinced there are three forms of 'I', 'we' and 'you'. Again, the similarity to Old Norse and Icelandic languages of Earth is both helpful and surprising.

Perfect form (past participle)-
I have been

Progressive form (present participle)-
I am being


In examining what remains of ancient Astra texts, it appears these forms are present, but more in keeping with an older form of Terran language.

For example, we might translate 'you are' from FS to 'thou art' in ancient Astra.

One thing to remember, probably in all languages that we study, is that how words were pronounced at the time they were recorded in writing, will likely never be known. What we do have is what was written down by those who could write language at the time. Scribes, priests, educated upper class. And they wrote down words and names according to how they heard them.

This makes translating texts difficult. There could be minor differences in spelling and perhaps even lettering or use of rhunes. The origin of the texts - where they were found - might be an important clue.

It is a puzzle. 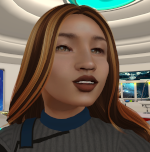 
On Earth, there's a roughly equal split between languages with and without "to be.".

The term is zero copula. I encountered it first in Russian, and then later in Klingon - noting that Russian is "zero copula" only in the present tense, while tlingan'Hol is a true zero copula language.

What interests me, though, is that on Earth there's a rough geographical grouping, with the most hard-no-zero-copula rules in the Northern European language regions - exactly those you're finding are the ones mostly likely to have been influenced by the ancient Astra.
Top
Post Reply
6 posts • Page 1 of 1