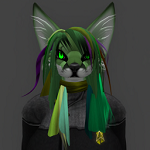 "Where to begin? Ever since rendezvousing with ze Veracruz, ze Maxwell 'as been in dire need of 'elp with engineering. Being a junior officer, Cyrillian came over to 'elp. It 'as been a mess 'ere. Ze first thing done was a diagnostic on ze computer core. Z'ere were at least forty-three components found either failed, failing, or substandard. Diagnostics on ze computer systems were done. Many systems were glitchy at best, and a couple refused to work at all. Diagnostics were run on ze warp core and power systems. Ze engineering work so far 'as been good, with what was available, but far from what Starfleet would consider 'up to par'. A salvage operation was done on ze USS Tycho Brahe, which is a similar class ship, for spare parts. Ze shuttle returned loaded to ze bulkheads. 'Opefully no one checks ze inventory too closely. Upon return, an inventory was taken, and work on replacing ze computer core components was done. Some spares, and ze marginal-but-still-functional components were stored for future use. Computer systems were tested, updated as possible, some restored to ze original programming if needed. Z'ere are still glitches, but z'ese seem to be more due to ze aging hardware. Some of ze bridge and other displays 'ave been replaced, along with some control panels.

Inertia dampers were also a problem. One was replaced, but it is a mis-match for ze other, and getting z'em aligned 'as been very difficult. Working with Lt. Blackburn, a computer program to compensate was devised, but it will require something of a 'learning curve' before working as well as desired. Still, z'is is better z'an being thrown into ze bulkheads every time ze ship moves or veers.

Ze power conduits and interconnects were also in poor shape, not to mention failing due to overloading from ze new sensors. New ones were had from ze dry dock, for a larger class ship to compensate for ze increased power demand. In addition to z'is, z'ey were multiplexed to 'elp spread ze load, to create redundancy, and 'elp lower ze failure rate. It remains to be seen if z'is works as 'oped or not.

Lastly, ze warp core 'as seen better days. Ze most recent mission stressed it severely, z'ere is evidence of scorching in ze reaction chamber, and overheating of other components. It still passes tests, but would fail replacement and overhaul inspections. It is clear z'ere is little time for z'is work, and it 'as been placed at a rather low priority."


In technical terms, we are not a ship at the moment. Her heart is gone. We should be doomed of course. Some hope a distress call will get out but I suspect we are not actually transmitting. There has been no point to take away others hope however, so I have kept that to myself.

Our one true hope is to salvage the power core of the Romulan Warbird we have disabled. I do not know if this is possible, however it is the only option that allows for survival.

Work is in progress. May the Maker preserve us.

Her builders would never recognize her and I am a bit concerned that other Federation ships will not accept our identity, but we are a ship once more. Powered by a Romulan singularity core with matching Romulan nacelles, this has been the biggest duct tape job of them all, but it works. We still need refit time in drydock to make everything good, but we will get there now...

Well.... unless we get blown out of space first.

As we make our way to our destination and thus have a bit of downtime, the Captain has ordered crew to take some much needed personal time enroute. While I'm never one to refuse a commanding officer's orders, I feel there's far too much to do to do something as frivolous as lounge around a holodeck- even if that's what I'd like.

The first item on my list was to take a look at some failing appliances in the Mess Hall, that our resident Romulan cook Te'ellis has repeatedly brought to Engineering's attention. She directed me to her food heating and cooking unit, commonly known as an range- an appliance with both an oven and topside open flame burners. She informed me that for several months the rear right burner would shoot flames up a couple feet, and she had no idea why. After some prodding, she admitted to tampering with the unit's plasma flow regulator, or manifold, to increase it's heating capacity. After fixing the unit, I STRONGLY suggested she not tamper with any more appliances.

After we fixed that, she told me about the refrigeration unit that wouldn't cool properly, the temperature fluctuating several degrees, and downright rising to unsafe levels for anything placed on the wall that borders the Mess Hall's dining room. After a quick scan, the problem was evident- a degraded power conduit in the wall, one of the smaller ones responsible for powering the smaller systems and devices, like her stove. Her tampering with the flow regulator on the stove, in this Engineer's opinion, was the direct cause of the conduit overheating, and thus degrading, and causing a malfunction in the refrigeration unit. After writing up a repair order to pass along to the nightshift, I once again reminded Te'ellis about the adjustments to any equipment.

After the repairs in the Mess Hall, it was finally time for me to begin my much anticipated diagnostics and tuning of the core. I'm still learning about the Romulan technology, and the core's temperment.

About 7 minutes into my diagnostics, I began hearing a most curious popping sound in or around the core. Once I detected a transporter signature, I attempted to run a diagnostic on those systems as well, but the popping increased, in an almost rhythmic pattern. I soon realized it WAS a pattern, first the old Earth communication form of "Morse Code" spelling out H E L P M E. After that, the sound was so quick and rhythmic, I had the computer run a query on the tone, which came back as the 1812 Overture, another Earth relic in the form of a musical composition.

It was then I realized the sound I was hearing was TRIBBLES being beamed into the core by someone elsewhere on the ship. I began at once trying to devise a plan to locate and purge the infestation, first by beaming them directly into one of the plasma outflow conduits from the core, then by simply holding and destroying thier transporter patterns in the buffer. That plan failed though as there was far too much data in the buffer to purge, and the failsafes prevented such a large amount of material from being purged as it was. So those several thousand tribbles were beamed into space.

Even with the tribbles being beamed directly into the core to be obliterated, and into the plasma conduit to be vaporized, the rate of growth was 20% faster than the rate of destruction. If it were not for my ingenous solution, we surely would have been over run, what with our Cook's plentiful food stores and all.

I had the computer isoloate the air ducts below the Mess Hall on Deck 2, above Deck 3, where the Tribble infestation was most prevalent. The Computer rerouted all air ducts to the outer most passageway on Deck 3, where an external air lock was located (an escape pod tube perhaps) and then forced ALL 39,000 tribbles into that corridor. After sealing off that section of the Deck, I activated the airlock's emergency override, and jettisoned all of those darn tribbles into space.

I leave it to the requisitions officer to ensure we don't get any MORE tribbles on this ship.

After a series of diagnostics, and tearing into the Deck 7 power transfer conduit myself I've determined why we have such a shoddy transfer rate for section 12.

Someone decided it was a good idea to use a class 2 flow regulator, when this conduit clearly is rated for class 4 or above. I understand we don't always have the means to replicate the right materials, but considering we DO at this time, this was sheer lazyness on the part of the Engineer that did this.

As of today, I have been made Asst. Chief Engineer of the Maxwell, and as such, I now have the ability, no, the authority, to correct this issue, and to discipline whomever it was that did this.

Unless it was Sandie... Then I can only grit my teeth, and passive-aggressively hint that I would have used a Class 4... But I'm sure it wasn't her.