Today, The Cadet shuttle arrived at UF Starfleet Headquarters and Academy on Pinastri Colony. While I felt I had prepared well for this, I was a bit out of my comfort zone. What was it just 5 days ago, I was home on Os'noS. SO, my 1st day was better than expected, We meet the Staff of the Academy and got our cadet Uniforms, While I personally do not care for Purple, it will only be 4 weeks. After all the Staff introduced themselves, We all had to run twice around the colony. and some small physical activates. The last thing we did for the day was vote for a Squadron Leader, I voted for Valeria, it was pretty unanimous...

Tomorrow will be an academic study day. but for now, Im off to bed... 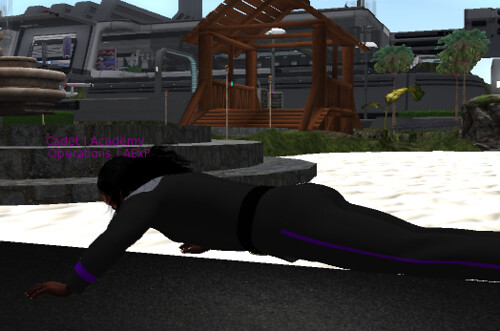 
Time is really flying by, hard to believe Winter break is almost here. The class work never seems to end, and in fact, I must share my background with my fellow students and Instructors. I am looking forward to Phaser training next year, but I dont want to get to far ahead of myself.

I was born and raised on Qo’noS. My mother and father were diplomats, ambassadors, and honorable Klingons. They served the Empire in life, and they honor the Empire in their deaths. I was an officer in the Klingon Imperial Fleet when they died in honorable combat during a treaty negotiation that went bad. I was proud of them and their work. They were also proud to consider themselves allies to the Federation and what the Federation stands for.
We are a culture rich in art, ceremony, and custom, but we value our skills as warriors too. We fight if we must and revel in the battle, but we fight with honor to preserve our way of life. My parents fought battles in a different way. They used their words instead of a d’k tagh or a bat’leth. I have chosen to a walk a different path, by Joining Star Fleet as my tool for diplomacy and only resorting to physical violence if necessary. There is great honor in being able to do battle in unconventional ways, and my parents understood this as well.

Growing up on Qo’noS with such an unconventional family wasn’t always easy. I never let the weak-minded stand in my way though. I can handle myself in any confrontation that’s forced upon me. I excelled in my studies as well as my combat and tactical prowess. Upon completion of USF Academy, I choose to join the USS Durant commanded by Admiral Toocool. A compliment of bridge officers was invited to tour the Durant and join them for pleasantries in our 4th Quarter of training from the Academy. Upon our arrival. I turned to Admiral Toocool and greeted her, introducing myself. She gave me a warm and genuine smile, greeted me in return.

I knew then and there, I wanted to be on the Durant, Its History, Its Crew and the Leadership, leads the way in all of UFS and Beyond. 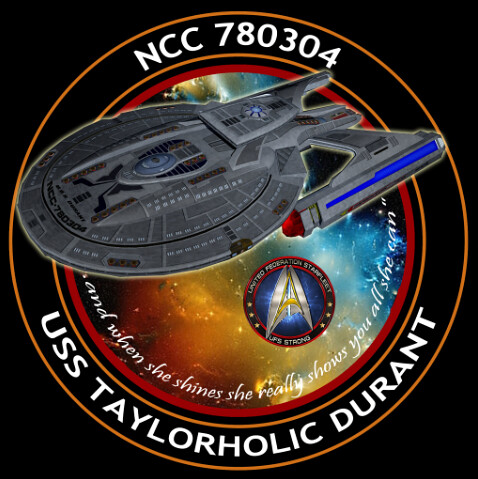 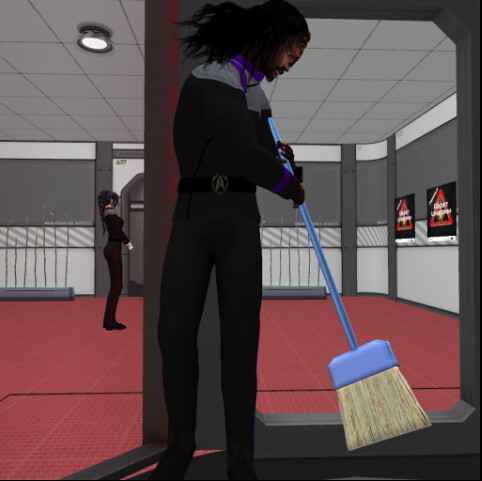 Being watched by Capt Rowena, no short cuts today....

During my Studies, I was called to the lobby area of the Dorms, and was given a Chore by Capt Rowena, Sweep and Mop the floors.
Last edited by Shane Tenenbaum on 210703.1057, edited 1 time in total.
LT, Shane Toresee
Top 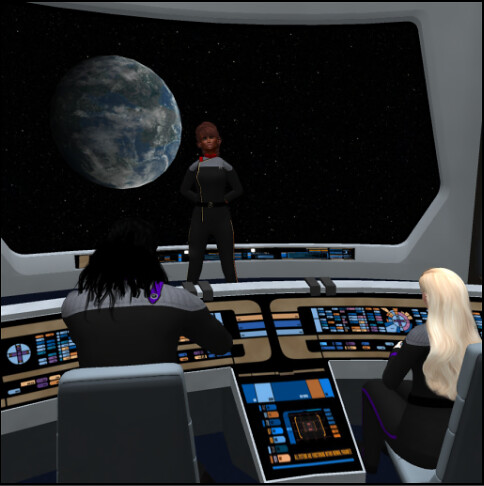 
I made several mistakes in tonight's SIM class, but I know Ive learned a lot from it. I have a new found repect for those on COMM's... More Academics tomarrow, so I will need my rest....
Last edited by Shane Tenenbaum on 210703.1055, edited 3 times in total.
LT, Shane Toresee
Top

I was allowed to join the Crew of the USS Veracruz. apparently the Comms station was open and under the direction of Commander Fred McCellan I was given the chance to work the station. No longer had I logged in, the Capt, Ordered away teams and I was teamed up with Commander Fred McCellan, I informed them, That I was a 1st Year Cadet and haven't even finished my Phaser training, Once we landed aboard a Station, the Commander and I set out to search for some shady character named "Skellos", The two us searched dozens of Ships stores and compartments. After several hours of intense searching, we was transported back to the Veracruz, so I could catch a shuttle back to the Academy.

Perhaps I can join them again and find this "Skellos", The Capt seemed hell bent on catching him

Upon returning to UFS HQ, I was handed a cloth 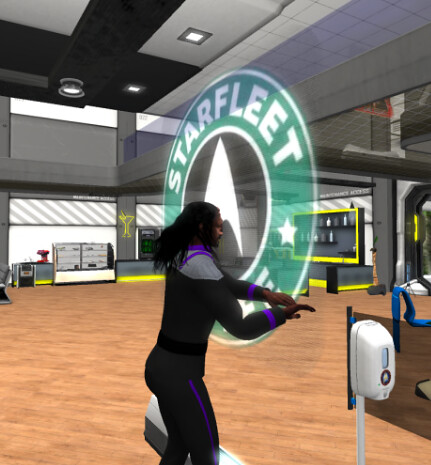 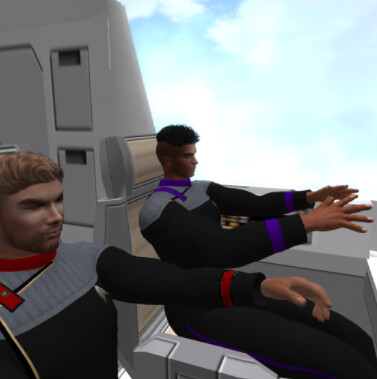 This is Cadet Banes and Commodore Rich Lombardia

Today for our 1st PSC, we were instructed on Basic Flight with a shuttle craft... After Commodore Rich Lombardia gave us our ground training, we all got to take a shuttle out, we had to fly around the station and pass through 10 Rings. We all passed.
LT, Shane Toresee
Top 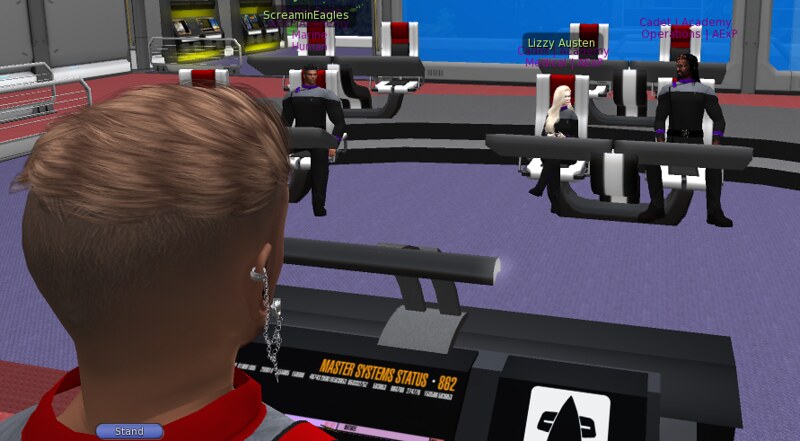 Subject: Start of My Sophomore Year

Today was 1st class of my Sophomore Year, and already looks to be a fun year, Commodore Rich Lombardia had us Investigating some unknown power that appears to be getting the star fleet members flu like symptoms. Or was it the Juice they drank that is just coincidental to the unknown power sources... and there was a exploding beam of light that shot out...
LT, Shane Toresee
Top

While I was taking some time to myself, I went to visit the UFS SL18B EXHIBIT. When I ran into an old girlfriends of mine... Boy She is still a hottie... 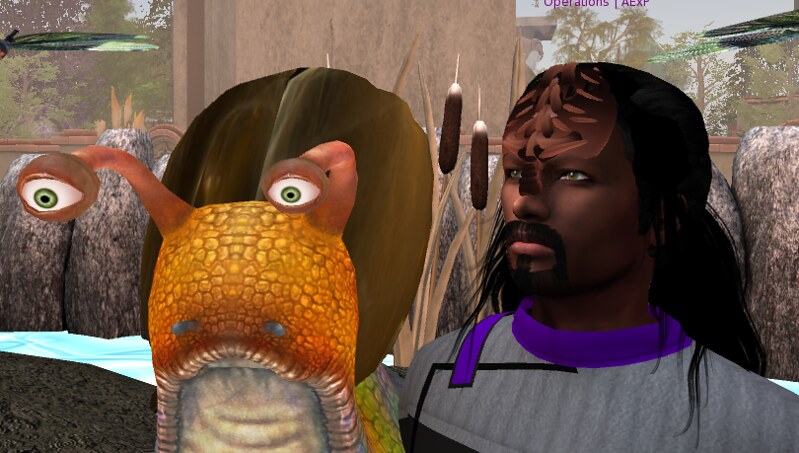 Todays Branch Sim Class was on Science SIM Training (Shipboard).. This would be a very tough Roll for anyone to handle, and my hat goes off to all the SCI officers out there... Class was still fun and learned a lot.
LT, Shane Toresee
Top

While I understand the need for a Medical Exam for a Human, I am not sure why a Klingon is required for the same procedure. 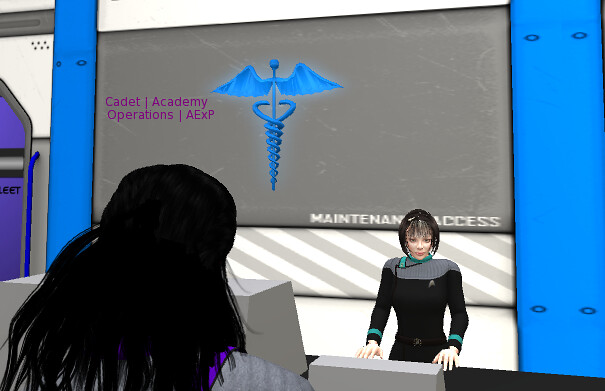 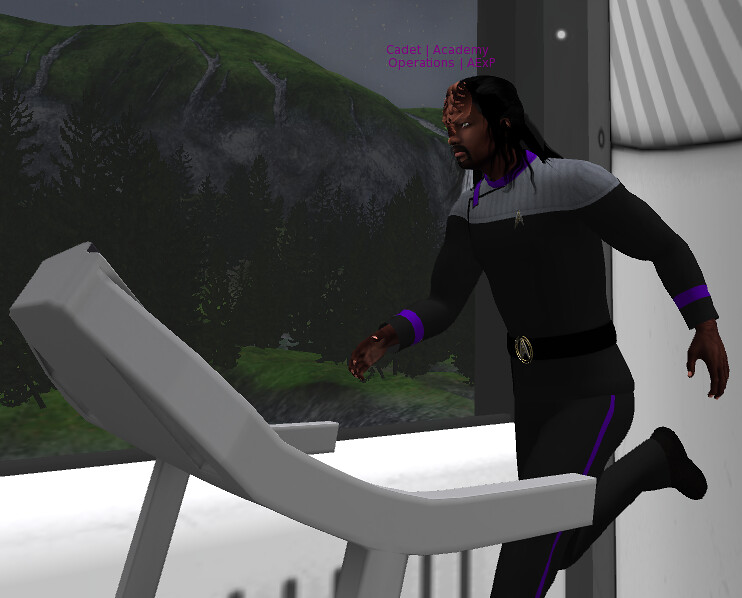 Again took time off to go exploring and discouver strange new things, this time it was Horse back riding, part II. However, This time I took my "Bat'leth", and slowly showed it to the animal, and slowly explain how I would use it if he decided to run all the way back to his stall... 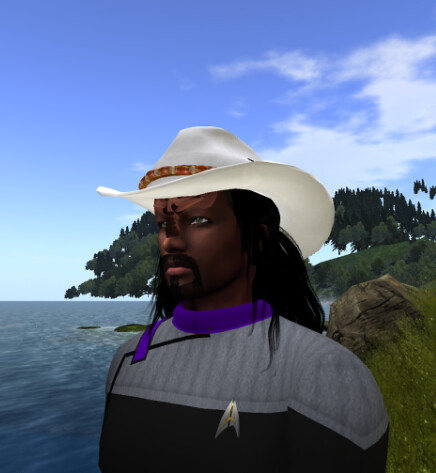 Today we had Phaser Training, while we was able to finish the classroom portion, only 1 student was able to Qualify, the Range went off line. Look forward to my time to shoot... 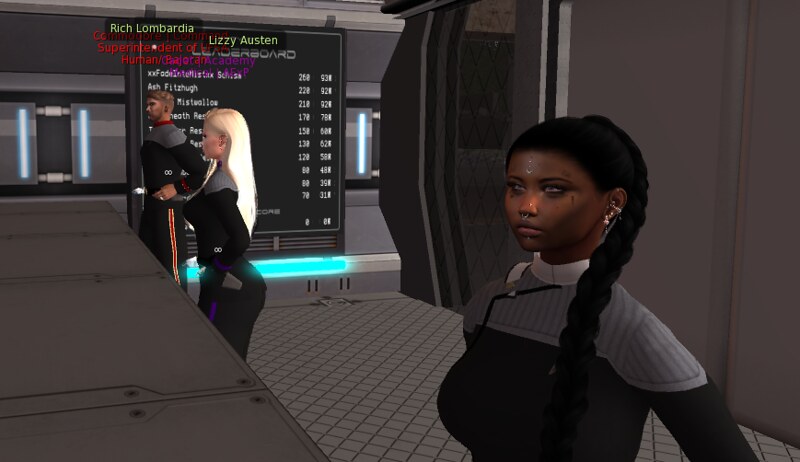 I finsihed my last class of my Sophomore Year. all in all it was a good year. I do appreciate all the hard work the Instructors are putting into each and every class. So, on to my Junior Year and all that it has to offer me.... Hard to beleive that was me 2 years ago

After the 3rd UFS Female was atacked, Commodor Lambardia lead the cadets to finally figuring out what was going on... With the Help of Most of the staff and Dr. Slva'nel and Commander Williams 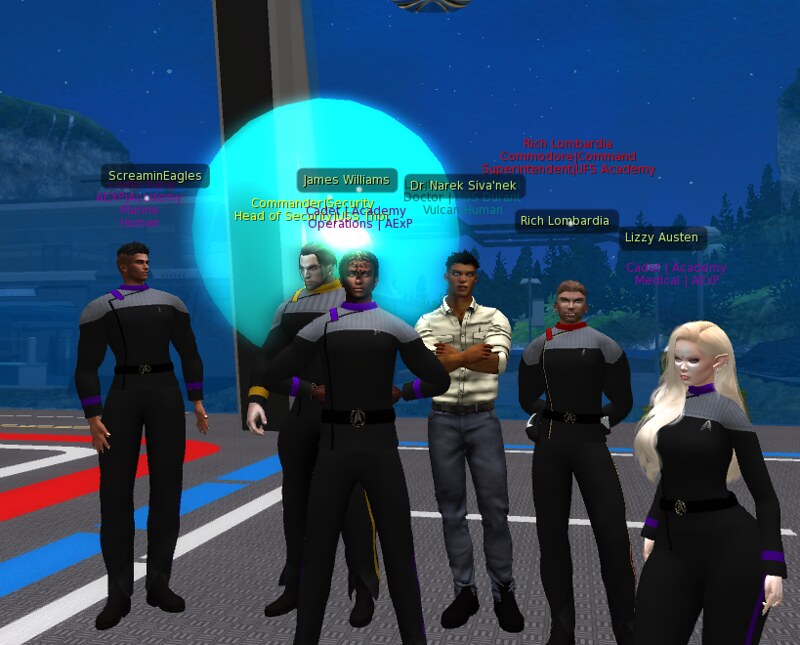 Tonight's SIM class was a handful of everything, Each student was assigned to a Bridge station and learn the aspect of their station and how to communicate both inside and outside of RP. I was placed as Helmsman, and learned how to steer a ship through an Asteroid Belt. Key word "Carefully"
LT, Shane Toresee
Top
Post Reply
22 posts

Return to “Simulation Logs and Roleplays”