As some of you might be aware sometime ago the surface of Pinastri Prime was devastated by tectonic disturbances which required a complete reconstruction of our colony. This has rendered all of our former plans for planetary defense worthless.

The 1st Marine Air Group and 1st Marine Regiment has been ordered to scout out and recon the surface of Pinastri IV. The following are primary locations to defend against future invading forcees and threats.

PRF is a Starfleet installation, Latinum is likely to be filled with civilians and the beach is an excellent position for landing troops, we will need plans to keep these locations secure. While scouting the surface keep on the look out for locations that would be beneficial for holding. We need to make several solid lines of defense and multiple contingency plans.

*Mission Deliverables*:
Reports and plans to be uploaded into the UFS' Database (forum posts)

*100924 FRIDAY EVENING :*
Forward Team of 2 fighters and a squad of marines to launch from USS Rotterdam (NPC Ship - a temp hangar will be rezzed in 002), in orbit of Pinastri IV. The team will set up the Command Center at (LZ to be provided) and clear the ground for landing of Marine troop carriers.

1) 1 team leader for the forward team lead a mini RP mission on Friday 100924 evening, as the Forward Team from the USS Rotterdam's hangar to Pinastri IV. A temp hangar will be rezed in 002 for this mission. You'll need to have a pilot to fly a troopship. The coordinates to land is Sector 002 - 37, 99,39). A rezzer in the form of a rock is placed there to rez the command bunker. Anyone who would like to lead this team please IM me with your name and the pilot's name. The team can be up to 4 members. I can't be inworld at this time because of RL. So I'd appreciate anyone who could lead this mini RP.

2) I need 2 people to be key characters in the main mission, I'll brief you on what's your role. Please IM me if you'd like to play these roles.

4) We'll need a corpsman or medical for this mission.

5) I'd appreciate any help in the above, your involvement is the key to the success of this RP Mission.

The Recon Team comprising of myself, Major Slarus Rajal, Major Scott Salmson, MCapt Lan Nakajima, 1LT Miguel Moonwall and 1LT Kiara1 Noel set off on our mission on board the USS Rotterdam to Pinastri IV. Our orders from the UFSMC Commandant were to scout out and recon the surface of the planet to devise a plan to secure and defend 3 major areas of the planet, being Pathfinder Research Facility, Club Latinum and the Pinastri beachfront.

We arrived on the planet at 0920hrs on board a troop ship piloted by Major Scott Salmson. The flight in was a bit bumpy, the usual magnetic fields threw our bearings off by a few degrees which Major Salmson prompty compensated by switching to VFR. MCapt Nakajima who just transfered to the Marines was still to get used to flying in the passenger pods of the troop ship had a mild bout of space sickness. Apart from that, all were safe.

I took charge of the temporary command center set up by the forward team the day before while Major Rajal lead the team to cover an area of 20sq km including the PRF building and Club Latinum.

Major Rajal, MCapt Nakajima and I who had prior experiences in evacuating the planet during the Thalaron Device crisis analysed and reports the following:

1) Evacuation of PRF : Shuttles to land at the front of PRF to evacuate PRF personnel. Recommend to hold personnel in the underground bunkers while awaiting for the shuttles to arrive.

2) Club Latinum : Civilians and Fleet Personnel to be held in PRF's underground bunkers until Runabouts flying in from Cascadia and Athena land on the rooftop. This group will be evacuated via these runabouts.

4) Should a UFSMC MEF be deployed to help in the evacuation, 2 squads with heavy weapons to be stationed at the above locations.

5) Recommend a Marine Air Wing with at least 4 squadrons to fly escort for the shuttles and runabout and to provide aerospace superiority in the event of threats.

During the trek back to the command center, I was alerted by 1st LT Moonwall that the squad has come across an artefact of Rajan origins and what resembles an ancient burial case. On closer inspection, Major Scott Salmson was reported to have started acting strangely. Lt Moonwall reports that Major Salmson spoke in a language that was not in our databases mixed with Federation English with references to "a burial site of a King" after which Major Salmson believed to be under the control of a foreign entity opened fire at his squad. He was then subdued via a shot set to stun by 1st LT Moonwall.

I ordered the squad back to the command camp after having the site marked and its coordinates reported to PRF Science which they will be looking into it.

1st LT Noel, our Corpsman patched Major Salmson up and removed a silver object the size of a thumbnail from him.

*Shakes the silvery chip in the bottle*

Kiara seems to know some history about this episode, she seems to have some knowledge from her Nekolian scriptures and tells me that it could lead to the devastation of the Pinastri system. While the team continues our mission during the week, I shall be speaking to 1st LT Noel of her superstitions.
Last edited by Selina Otsuka on 100928.1823, edited 1 time in total.
Top

Report :
We assembled  on  USS Rotterdam  to  launch to set up  a command base  for  operation  and  recon Pinastri IV . I flew us  down  with  no incidents and we set up the base. Proceeded to do  a recon of  the  area during our search  we  discovered  what appears to be  an  Rajan  type  coffin. From that point  things  got   blurry  I  blacked out  and  found my self in  the  base being treated  for  wounds. A  alien device was  removed  from me and  I vaguely   remember  shooting at  my team  but  thankfully  was able to  deliberately avoid  hitting  anyone. we  will continue   the  recon.
Last edited by Selina Otsuka on 100928.2205, edited 1 time in total.
Top 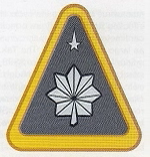 Colonel, Major, I do apologize that I was not able to assist in the mission personally as I was detained by my operations in Romeo Lima (RL). I have taken the chance to go over the data gathered by the recon done. I whole-heartedly agree with the assessment that the evacuation of civilian and non-essential personnel is PARAMOUNT.

As far as the beachhead goes, might I recommend that a series of deployable and static defenses be set up, both Anti-Air and Anti-Personnel (Phasers, Heavy and Light Knietic-Energy Weapons such as a Squad Automatic Weapon, mortar kits, Artillery, etc.) munitions, to start the first line of defense. I would also recommend using the rooftops of the towers as Anti-Air and Anti-Orbital Defenses, provided that all civilians and non-essential personnel are clear from the buildings. On top of this, the towers would provide an excellent advantage for Designated Marksmen to take their shots at higher-value targets as part of the defense.

Please keep in mind, this is also taking into account the latest environmental changes that happened to the surface, which has increased the difficulty of our defense astronomically to the point where even with my experience, we would have no choice but to concede the immediate area unless we are prepared to take heavy losses in the defense.

Sir, Ma’am, I would immediately make a plea to our CINC to increase our orbital defense on not just the starbases, but also with ships with heavy firepower. If that space defense line breaks, the surface of Pinastri is lost. We must also implore our bretheren in the Fleet to increase their defense posture as well to improve the survivability of Pinastri and the chance to repel intruders. This defense will be hard and bloody, but at the same time, we’ve been though worse.
LtCol Christopher "Cipher" Rhode, UFSMC

To: All FORCECOM Personnel

We continue our recon of Pinastri IV on 101002. Our mission is to survey the beachhead and the Towers' rooftop in Sector 002 to identify the possibility of setting up anti air and anti personnel weaponry as per GSGT Rhode's recommendations.

As some of you are aware, our recon team came across a Rajan artefact, and its psionic powers have affected one of our team members, Major Scott Salmson. You are advised to steer clear of the coordinates included in your briefing packs.

*Mission Deliverables*:
Reports and plans to be uploaded into the UFS' Database (forum posts)

1) 1 Squad UFSMC Marines to be deployed to the Towers
2) 1 UFSMC Troop Ship to provide transport, 1 Flight of Marine Aerospace Fighters to provide escort
3) Continue to beach head of 002
4) Return to base camp and debrief