Purpose: To Create a Device that can Generate a Stable Temporary. Subspace Compression Anomaly and can be fitted to a Ship.

What is a Subspace Compression Anomaly?
A subspace compression anomaly was a rare subspace astronomical phenomenon that miniaturized objects that entered its accretion disk.

Why would this be useful?
If Accomplished, This Device could be used to Shrink a ship and its crew to a Miniature Size and allow for the exploration of area's that could not normally be explored. As well it could be used for Missions of Intelligence Gathering and Escape from what can be called Sticky Situations. As well as the easier movement of Large Objects and Stations with little or no effort.

Data to Study for the Experiment:
On Stardate 51474.2 in The Old Earth Year of 2374. Starfleet ordered the USS Defiant to investigate a Subspace Compression Anomaly. During this mission The runabout USS Rubicon was lowered into the anomaly with a tractor beam, where it shrank to a fraction of its normal size.

If Successful We would have a New tool for exploration of Universe.

This is all I have for Information at the moment.
Signed
Commander Lenneir DeCuir UFS Science. 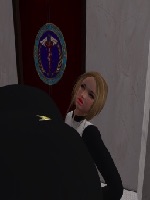 Sounds like a very interesting project. Might be a dangerous test phase though. Can't use it first time with a crew on board the ship. Even the ship might get lost during testing.
Top 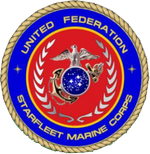 I remember that episode being adorable Commander. I’ll consider it with Commander Northman.