What's the status of this branch?

Nabuleone Rhode wrote:I heard (read) people mention my name , so I want to clarify some points :

Yes, I stepped down as BC in December 2011 and I had darn good (UFS-drama-free) reasons for this decision !
Too bad, if someone overread my numerous forum (IC) Logs and inworld group messages.

Yes, I transfered back to science :dance: - assigned on SS Tranquility

Yes, OPS is still a great branch with the widest variety of possibilities and opportunities. All Operations Officers (should) know that and it depends on themselves to fill this role with activity.

Yes, I had a grateful time in UFS Operations and I wish I had had more time for some exciting projects and activities, which had to be cancelled due various reasons - but thats life.

Yes, based on the new rules of the new handbook, I am sure this branch will be still allive in 2012 ;)

If everyone like to moan about what happend during my time as BC Operations --- no no :naughty: not here ....

I thought you did a great job as branch head, and I was sorry to see you go. But I do understand that things happen in RL to change our SL priorities and time commitments. I also understand that you are a scientist at heart, so it makes perfect sense for you to transfer back to science.

I want to take this opportunity to thank you for all you did for ops, and for all that you invested of yourself into it. I feel the dept is better because of you having contributed to it. I will miss having you in Ops (and I suspect that is true for many of the rest of us as well). But I wish you the best as you forge forward in your new role. And I look forward to seeing you around UFS. 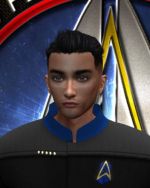 Thank you very much , Teresa , your words are well appreciated !

Thank you for your input, Captain Rhode.

I started this thread here to ask/discuss the present and future of the Branch and not to discuss the past.

If your name was mentioned here, it was on factual terms: "You were Branch Commander. You left. Who's next?"


Obviously, respectfully and as you already well know, i can't make Teresa's words mine.

But then again that might because of the image of what Branch Commander should be/do that i have. To sum it up...it should be someone more proactive upfront than in the background...That promotes discussion where there is silence...That doesn't conform and brings issues up for discussion, someone that shows and breathes unbias.There are so many issues, especially on the relationship/cooperation between Branches. Someone that goes to his Branch members instead of waiting for them.


This is however my opinion, which is most likely not the same of the Admiral, Teresa or the anonymous Operations member out there...My ideas might be delusional and naive which is a criticism i accept pretty well. But they are ideas...take them as that and for what they are.


Were there situations and issues that prevented you of doing more? Perhaps there were...only you know...but i am not asking you to defend yourself about what you did. You actually already did and i accepted that.

So my "moaning" is not personal attacks as some people like to imply...and its done publically on the forum to make people THINK on what they want of their Branch. It's my opinion and last i checked i can have one as long is not uncivilized...and too sticky with the "politically correct"..yuck

Besides we are currently on RPOC ( Reboot-Process-On-Course)....This is the time to discuss these things...And it should be all...upfront and not behind the scenes.
Top

Good Luck for the future

I hope I can read about good results, well created roleplays, exciting stories and logs one day

- and not about endless discussions about the same old story

This endless discussions in the public about "How to do this" and "How to do that" are so boring and usually counterproductive (UFS forum is full of it)
We have an Academy, handbooks, guidelines and memory alpha to read about how to do something - and I dont care how many discussions were necessary to create it - I still need to know that hey are there for my joy and personal use

The ACTIVTY of EVERY single Operations officer is what a branch brings forward !!

*End of public discussion from my side*
Science Officer