I have the strangest feeling. I can't put my finger on it. I'm not hungry, or tired, or ill. It's nothing physical yet... it is. I feel something. I look out at the moon of Astraios and feel restless. We continue at DefStat 3. Everything is as it should be, all branches reporting normal operations. All is quiet. Yet I feel almost breathless, as though waiting for a storm.

But there's nothing to say. Nothing at all.
Top

It begins with a restless dream. Running, as night turns into day, the dual moons hanging low in the sky, so close they could almost be touched. Racing, along the shoreline, water tepid and calm. Shuddering breaths. A pounding heart. Whirling, on the sand, leaping up onto a jagged rock, then climbing up the low hill. Long grasses trampled by those who have gone before. The earth trembles. A flock of birds screaming, rises into the bloodred sun.

A flash of light and they appear. Like shadows, ghosts of the dawn. A ray of sun stretches from the horizon and illuminates them. Tall. Faceless. More powerful than anything this world has ever known.

They move relentlessly into the sun. All flee from their path.

She is held so tight she cannot breathe.

“Captain are you there?”

She comes to consciousness. What-? Rising swiftly she crosses to her Padd to reply.

“Toocool here,” her voice is low and raspy, her mind still caught in the dream.

“Sir, there is a strange energy build-up in the gateway complex.”

“Thank you Commander Barbosa. I will be there shortly.”
Top

I should be sleeping. I've gone over my speech for tomorrow. Security is well in hand, I think... the reports of a strange hike in the usual energy output of the gateway is disconcerting, and neither engineering or science have been able to explain it. LT Isis Gaelyth has reported on her initial examination of the asteroid fragment brought back from the Armstrong's shakedown cruise. It appears have within it, some kind of alien artifact with symbols or pictures engraved upon it. How fascinating.

Everyone is looking forward to the party, despite the security concerns. Now, I better have a cup of Earl Grey and slip into bed. It's a big day tomorrow.
Top

There's a lot of tension in the Colony at the moment. The Treman Delegation stayed on after the Astraios Anniversary Celebrations and seems to be in no hurry to leave. They are not well liked. Not much we can do if they go out into the Civilian areas, except keep an eye on them. Mostly it's been drunken behaviour and a lot of posturing. Several Klingons among them, probably kicked out of the "house" for disgrace and dishonour. At least they are not very scientifically minded, but still we keep security tight and no one is permitted into the Colony proper without good reason.

We still have no idea what is causing the elevated energy readings from the gateway. It's troubling.

Meantime LT Gaelyth is trying to sort out the puzzle provided by an artifact found inside an asteroid. It seems very old. It probably would have been dismissed as a minor science project if she hadn't noticed some markings that appeared to be symbols of some kind. A mystery.

Our new hull, 88071-008, has been performing well during tests. LT Daecalad Brogdram has been leading the test crew on a variety of small missions in the local area. The fact that they discovered what appears to be a Borg probe near our Sector borders is also a cause for concern. We remain at DefStat2.

Sighs. My paperwork is done for the day... now to sleep, at last.
Top

I have received my first encrypted report from USS Neil Armstrong. Apparently the diplomatic escort we provided to Brigader General Khan's vessel was not enough, he demanded that his Ambassador have access to our flagship, accompanied by our old friend Commander Lee. They were none too pleased to be allowed aboard but then restricted to 10-Forward. Our private concerns were the possibility that the Ambassador and her sidekick might bring some technology aboard the Armstrong. They have, after all, tried to take control of our ship before. Put simply, we don't trust them but have a duty to appear diplomatically friendly. They were delivered to Treman without further incident.

The starchart artifact, once hidden in an asteroid and now revealed to us through the efforts of Science Specialist Isis Gaelyth and Chief Science Officer David7 Bravin, is carefully screened and held behind tight security in cargo bay 4, and closely monitored as well. If it is - and we don't know that it is - some kind of a key to Iconian-related worlds in our neck of the quadrant... a kind of divining rod, then... well. Science is working on some kind of container that might be able to stop any energy emissions from the artifact... we don't want to either alert anyone that we have it, or inadvertently turn on some Iconian technology that's better left alone (like one of those old probes Jean Luc had to deal with, for example). At present we feel relatively confident the presence of the artifact on the ship provides no danger to the crew or vessel. Better there than on Astraios, where it continued to affect our gateway and was a constant concern.

The Treman queen has passed away. We offered our flowery condolences and will be sending our Diplomatic Liaison Officer to the funeral -- providing it will be safe for him to go. I have no doubt there is now going to be a coup. I am ordering the fleet to stand watch. According to Starfleet rules and regulations, we may not interfere with internal issues of any planet. If hostilities break out on Treman between the different factions who seek power, the Prime Directive states we are not to be seen to take sides. We will offer to negotiate or mediate between parties. Meantime I have ordered a team of EID agents to investigate and provide intelligence.

Lastly I am still concerned about the reports of a bomb on a civilian weather station and a borg probe on our sector borders. Colony Chief Security, Capt Barbosa, is to assign teams to investigate each. I await their reports.

Just as well we remain at DefStat 2.

With all this going on, it's hard to sleep. I shall beam down to my little Zen garden and sit with Hars, sipping Earl Grey and discussing what flowers to plant. I need an hour's peace and some distance from my cares.

It seems very quiet here with so many ships away on mission. I miss my friends. I await their reports with eagerness, trusting them to carry out their duties with dedication and discipline. I am proud of their accomplishments, and their willingness to take on the mantle of mission command and make the tough decisions that go with that role when on deployment.

Although there does not seem to be much activity at the Colony, behind the scenes, there is always something to discuss. The most pressing problem is... an upcoming event in our neighbouring system.

I have assigned the Sabre Class vessel USS Marco Polo to take our Diplomatic Liaison to the planet Treman to represent UF Starfleet at the funeral services for their Queen. Word from Intel is that her death is somewhat suspicious, but this could be just a rumour... it's hard to separate gossip from reality. Brigadier General Khan is apparently arranging the event, I have no doubt his hat is in the ring for leadership of the planet. However it is known to us that at least two other factions have their eye on the prize as well. The question is, will one of them partner with the other to oust Khan, or will the three factions tear each other apart until only one is left standing. I prefer the former, as a civil war will decimate the population. Better a military coup than a bloodbath.

I can hardly believe I said that. I struggle within myself sometimes with the things we are called to do... or tolerate... or stand by and watch. I have always venerated life in all its forms... strictly vegan in any sentient form I take. In these days of powerful enemies and strained friendships... our ships are fully armoured and we carry the most deadly weaponary we can make. Oh, we offer medical supplies, food, and engineering assistance too... but it seems to me our missions are more dangerous than ever. I wonder how much of that danger we sow ourselves, by appearing ready to do violence at a moment's notice. But in this case... *sighs*

We have our Prime Directive, which constrains me to watch innocent people harmed as I am not to interfere with the internal matters of other species.

The Terran philosopher, Edmund Burke, said, "The only thing necessary for the triumph of evil is for good men to do nothing."

Yes, we must find a way to avert disaster. Even if it means backing Khan's attempt for power by appearing to be... friendly to him. We won't offer any military assistance, of course. We'll just... look mighty. As Teddy Roosevelt, a Terran president, said: "speak softly and carry a big stick."

I can't see any other way to save precious lives. 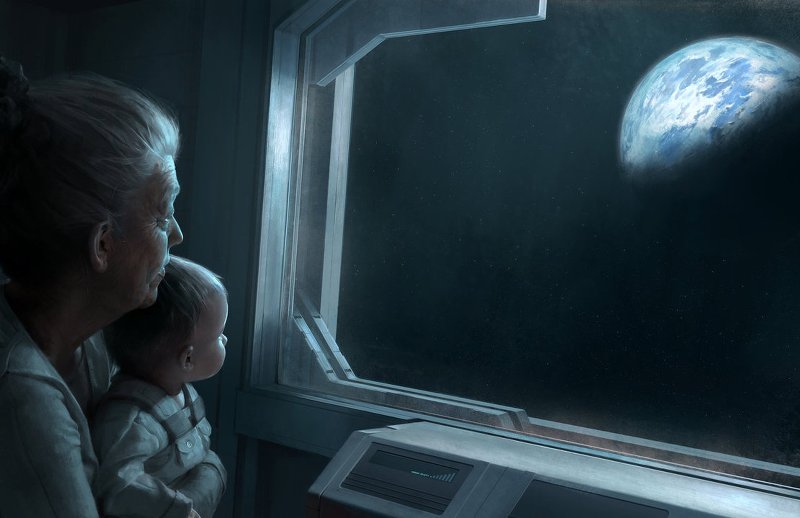