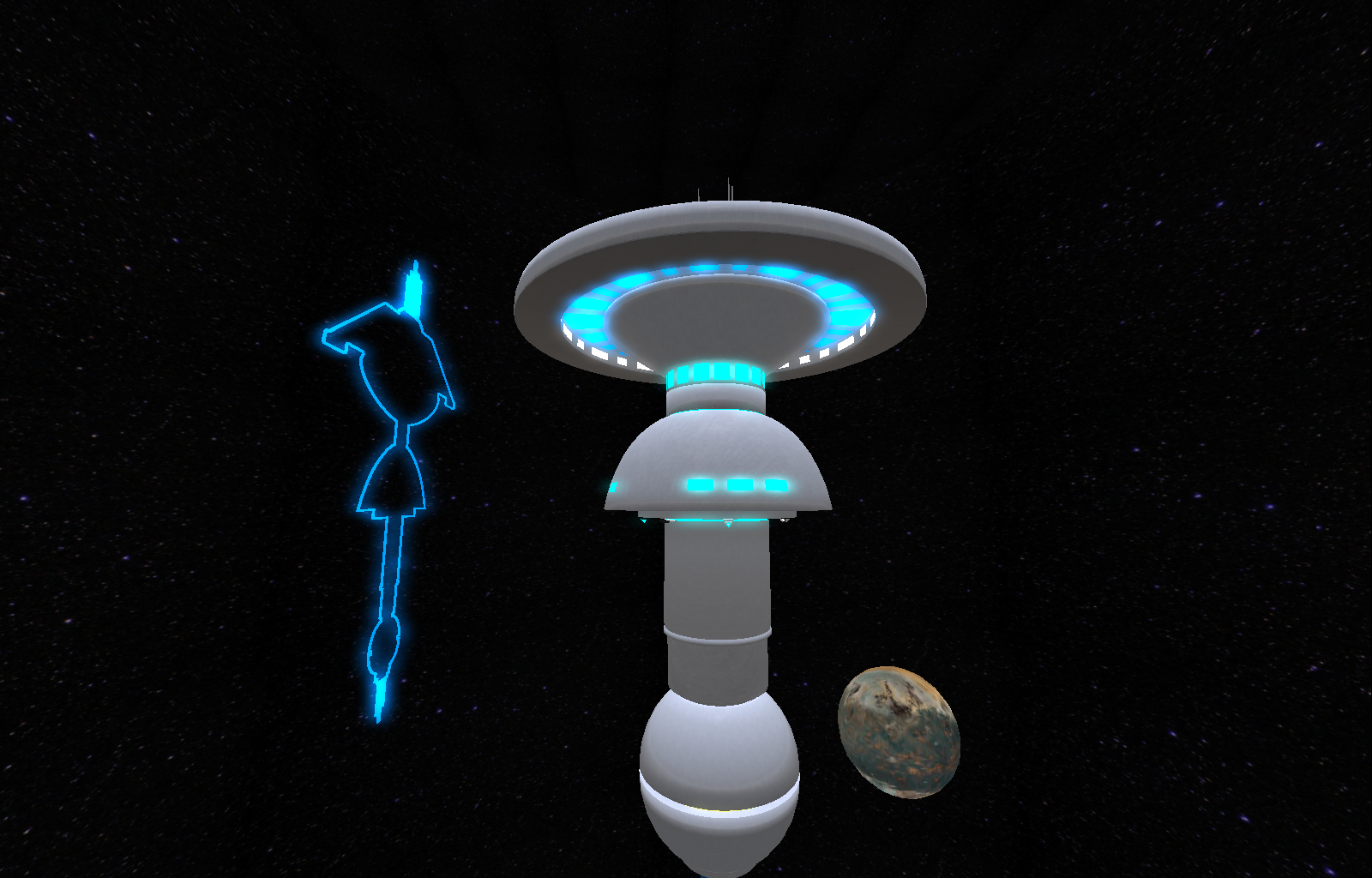 Senior officers met to discuss the Intruder tethered to our space station. The motives of this strange alien were (and are still) a mystery. At some point during the previous night the oblate sphere hanging off starboard had transformed into a neon echo of the SS Astraios.

Over the course of our meeting replicas of crew began appearing in the room—five copies of Lt. Maven, each claiming to be the “real” XO, arguing over what should be done to the other copies. The alien’s ability to create “avatars” indistinguishable from a real person, right down to the genetic level, is uncanny, or appears to be so.

It was then revealed that Cmdr. Soulstar was being imitated by the entity mimicking her appearance and mannerisms. Intelligence officer Quandrii concluded that the intruder seemed to be amusing itself with our discomfort and suggested to those present that they ignore its various parlour tricks and find tedious tasks to perform.

Her conclusions were quickly borne out. After a spell observing the disinterested crew the alien departed. Onboard weapons, defence and vehicular systems were immediately restored to working order.

We have been left shaken by this encounter. This alien penetrated our secure space and accessed the computer and other systems with far too much ease, giving an appearance of almost supernatural powers. However a forensic analysis of the station’s computer has raised another possibility; that the alien was never more than a sophisticated projection and our sensory equipment was tampered with to provide readings that suggested otherwise. If this is correct our computational systems were hijacked rather too easily.

The matter is now in the hands of the intelligence branch and technical specialists to determine what really happened. 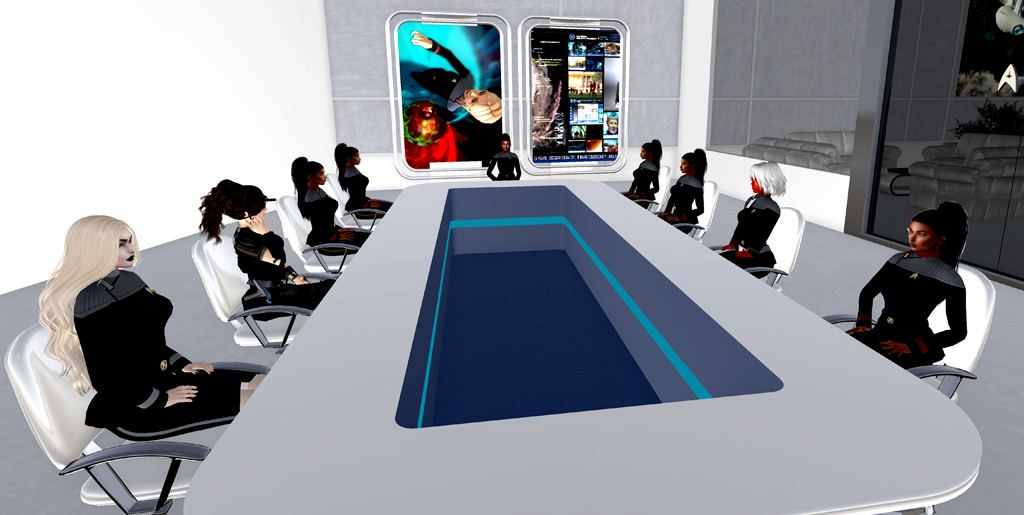