The two researchers on a Federation science space station orbiting Losata XI, an ocean planet, stopped reporting and the Armstrong was sent to investigate. We beamed an Intel team led by LtJG Qwandrii onto the station. They arrived to find no trace of the scientists. Their search of the vessel for clues as to what may have happened led to a series of strange events that defy any obvious explanation.

The passage leading from the middle to the front of the ship was filled with strange hallucinatory images and sounds. At the end of the passage the Intel officers encountered a “room” that appeared to be modelled on a French Baroque hotel room from 18th century Earth history. Inside that room were cloned copies of Armstrong bridge crew acting strangely. Sensor readings did not show these human analogues to be organic life forms and communicator contact with the Armstrong established that the real crew were still aboard the Armstrong. At one stage the Science Chief Roffo copy was phasered by another clone and the real Mr Roffo blacked out on the Armstrong.

At this point we have no answers to any of these strange events. A science probe was dispatched to the planet Losata XI to clarify strange energy readings emanating from that planet. Science logs were recovered from the Space Station and are attached below:

Dr Yakuda and I have been studying this strange planet for nearly two years and we have so little to show for our efforts. Losata XI is a Class O "Pelagic" planet. A shallow ocean covers the entire crust and it is heated by geothermal processes including volcanism and plate subduction, along with variable radiant heat from its Red Dwarf star. The ocean has continuous electrical storms of an extremely complex nature just under the ocean surface. The sole organic life form on the planet is a kelp monoculture. It forms mats in the intertidal zones where the water is shallowest—at low tide parts of the sea floor are briefly exposed to the atmosphere.

The atmosphere is mostly nitrogen (about 95 percent) and methane (about 5 percent), with small amounts of other carbon-rich compounds. High in Losata XI's atmosphere, methane and nitrogen molecules are split apart by the Star's radiation and by high-energy particles accelerated in the planet's magnetic field.

We have focused our study on the subsurface electrical activity as it is so unlike anything we have seen in any ocean on any planet. The instruments and scanners on our station have told us nothing about this phenomenon. Yakuda and I have decided to launch an aquatic probe into the ocean to get a better idea of what is going on.

Today at 1100 hrs Losata Local time we launched a SFMk14 Aqua science probe, guiding it into position at the centre of the northern equatorial benthic triangle. On contact with sea water the probe instantly switched off and remained silent for 6.44 hours. We found no malfunction with our equipment. It switched back on and has been broadcasting data scrambled into a format that makes no sense. We are preparing a second probe.

Our station was "visited" by Dr Yakuda's daughter. Yosana Yakuda died at the age of seven from a rare blood disease 16 years ago. She appeared in our station as a young woman. Dr Yakuda and I both talked to her. She was vague with no idea how she got here, where she had been and no memory of dying, but she was coherent. Ship's sensors did not read her as a life form but I was able to extract a blood sample from her arm and confirm human blood type A Positive with balanced plasma (sugar, fats, proteins and salts), blood cells and platelets. Dr Yakuda was too emotionally compromised by this impossible reunion to maintain scientific detachment, or to allow any further investigation into this troubling appearance. I have no theory to explain this "apparition". Our investigations of Losata XI have been placed on hold.

My own "visitor" appeared today. During my academy training I had a brief but passionate affair with another research Doctor, Renzo who is now the chief science officer aboard USS Kerr. He appeared in my quarters while I slept and was sitting at my desk when I awoke. After my initial shock, I cross examined him. He is a strange version of Renzo, very much as I remember him but somehow lacking completeness. He remembers clearly a number of our shared experiences, but has no independent memories. I have tried to maintain my detached scientific rigour but I feel that I too am emotionally compromised by these events. None of this makes any sense.

Renzo became distressed with his own situation. He took an escape pod and ejected himself into space, then evacuated the oxygen. I was able to retrieve the pod which contained his corpse with a worker bee craft. He was moved to sickbay for autopsy when another Renzo appeared in my stateroom. This version has all his memories intact up to and including the escape pod incident, even though his own corpse is still in sickbay. I have tried to discuss this situation with Dr Yakuda but he is not rational, not willing to treat these visitors as phenomena. He is very protective of his "daughter".

Renzo has killed himself again and a third copy appeared in my stateroom. Dr Yakuda has boarded up his own stateroom and he refuses to communicate with me about this situation. Things are out of hand. 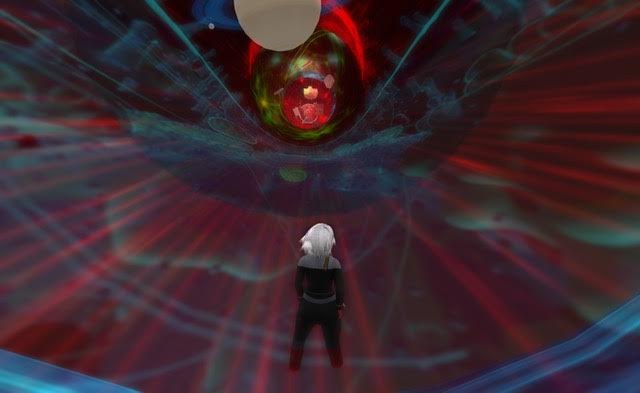 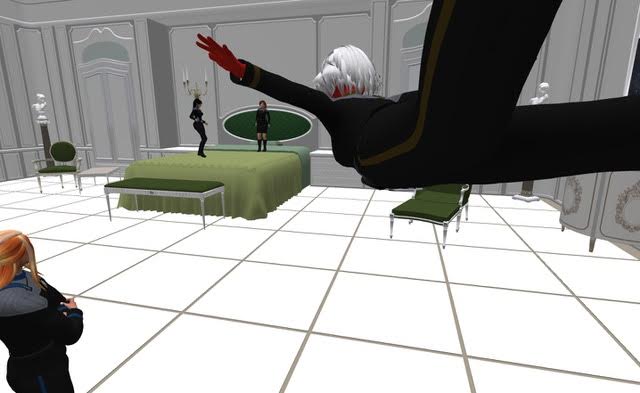 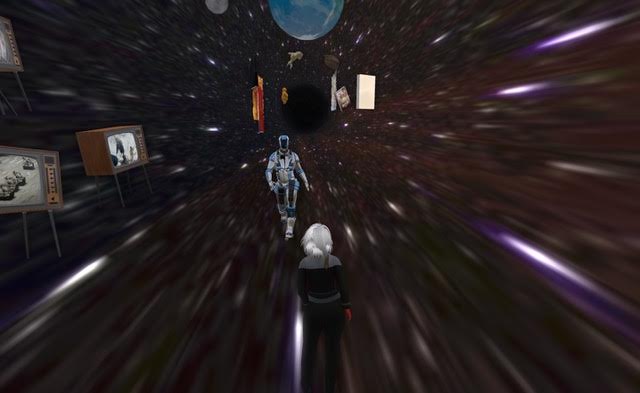 nicely done and thank you