On Sunday 29th March (stardate 200329) as their contribution to the annual 3rd Rock Grid's "No Borders Festival" over the weekend of 28th & 29th March, in aid of the charity "Médecins Sans Frontières" (Doctors Without Borders), UFS Astraios performed a Role-Play Mission at their Star Trek themed exhibit at the 'Festival site. 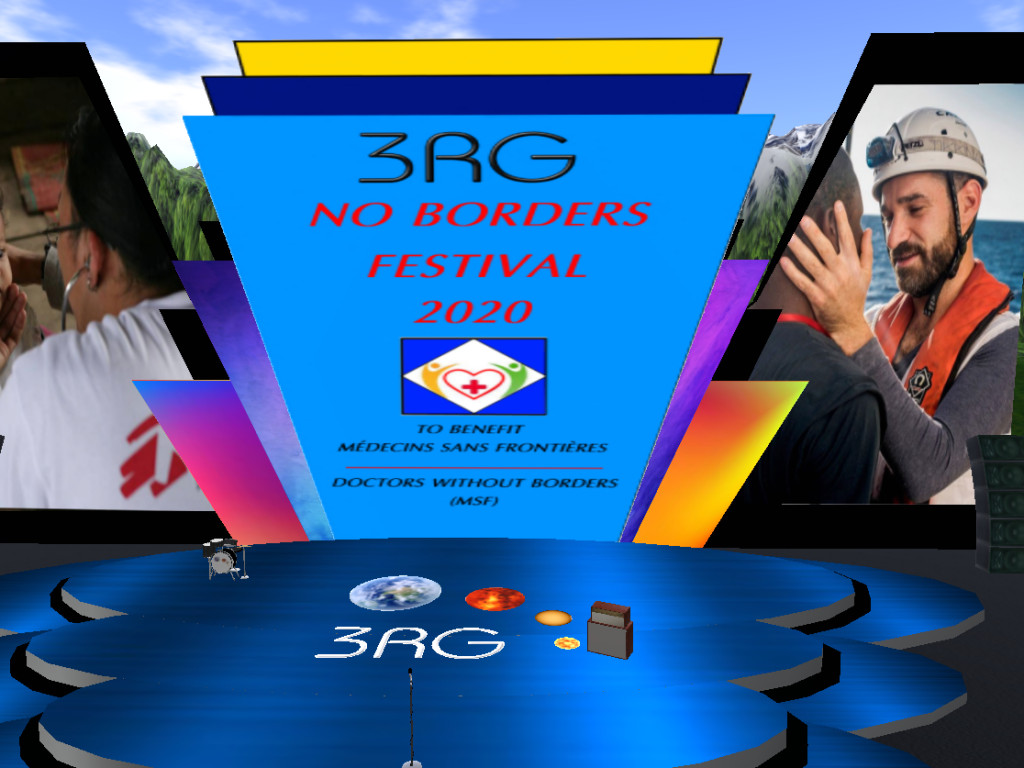 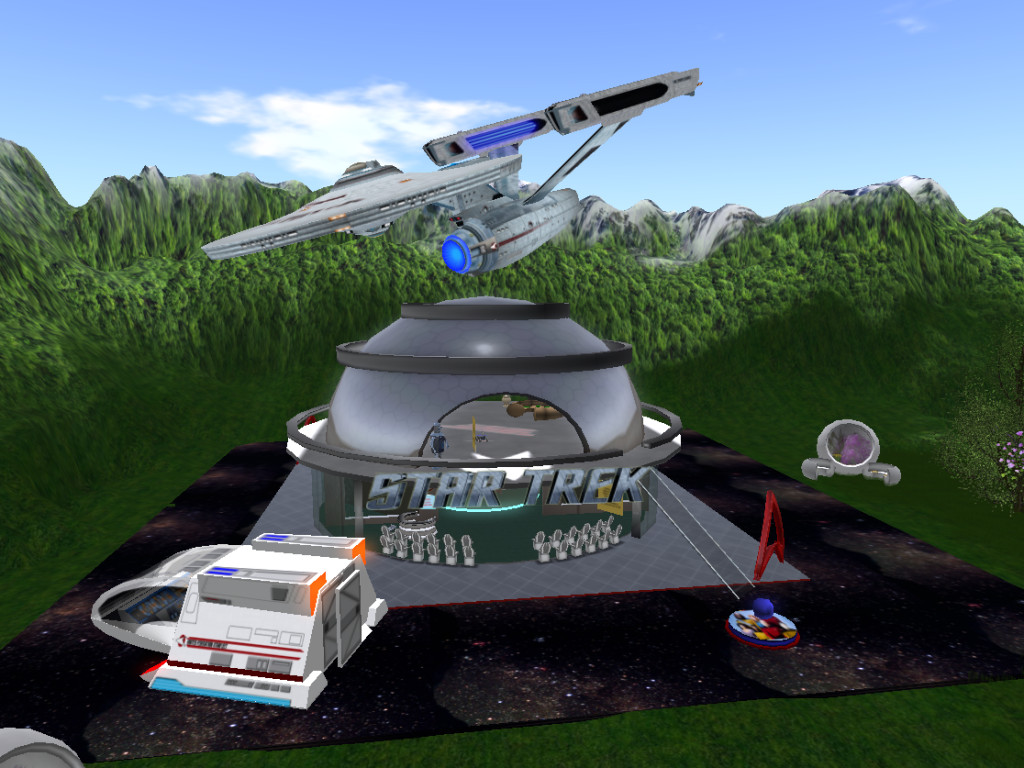 Commodore David7 Bravin gave the audience an introduction to UFS Starfleet and the role-play Mission, explaining that a mock-up on the Bridge of the starship "USS Nova" was behind the curtain - and the USS Nova would be leaving the space station SS Astraios for a routine patrol of the sector.
It was suggested to the audience that they keep an eye on the images on Bridge's view-screen, which would help them follow the action. 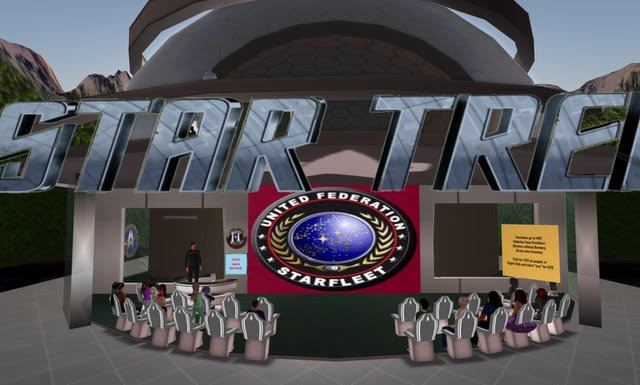 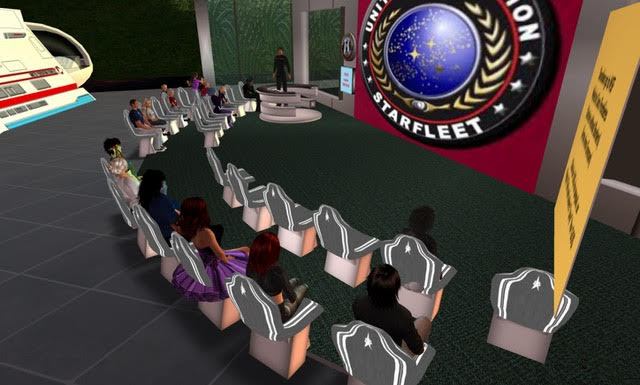 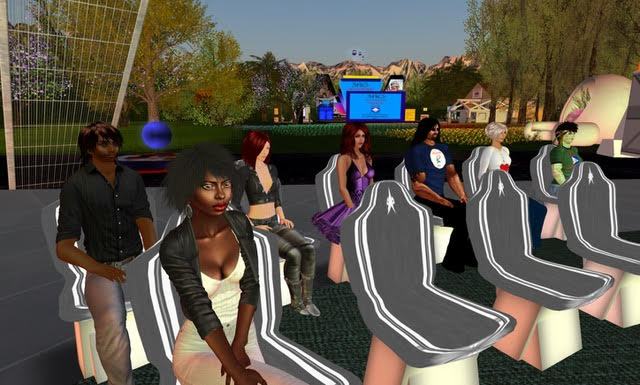 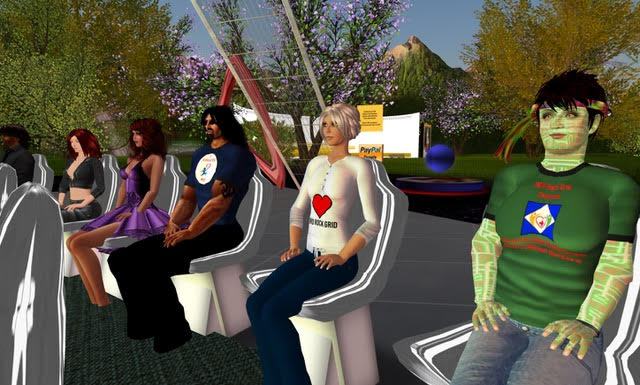 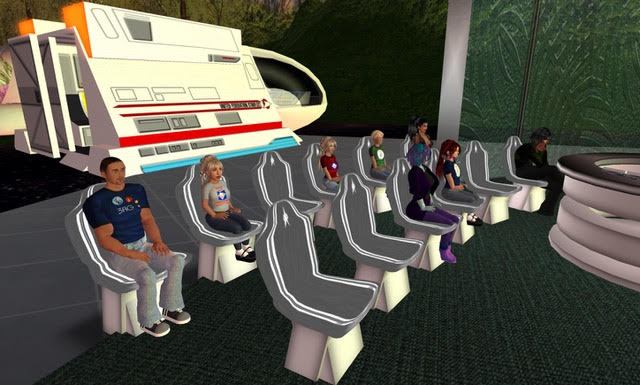 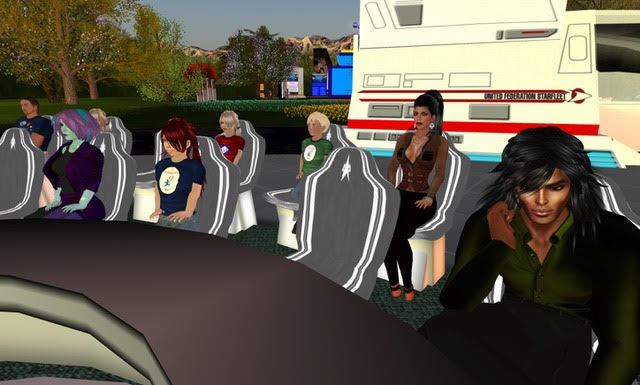 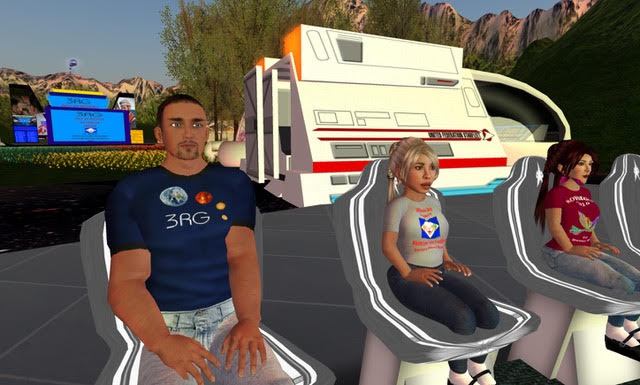 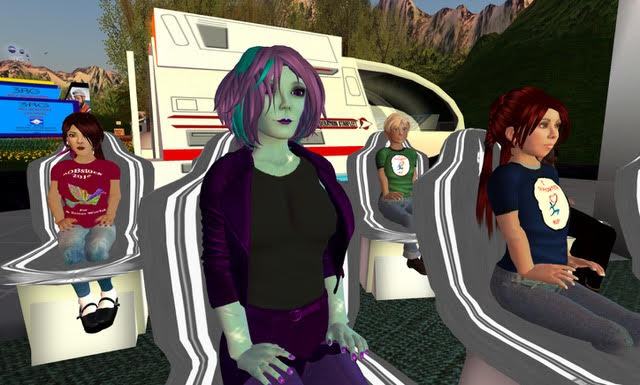 Once in open space, a course was set for a 'round trip' of the Astraios sector and the "USS Nova" proceeded at warp 1.

A distress call was then received from the freighter "Argos", that they were under attack from a 'pirate' ship.
The "Argos" was told that the USS Nova was on its way - and the freighter's co-ordinates were obtained.
The USS Nova set course to the freighters co-ordinates, went to Yellow alert and proceeded using the Slipstream drive.

Red alert was cancelled and the USS Nova returned to assist the freighter Argos.
It was ascertained that several of the crew of the Argos had been injured during the attack and arrangements were made to transport them to Sick-Bay aboard the USS Nova. 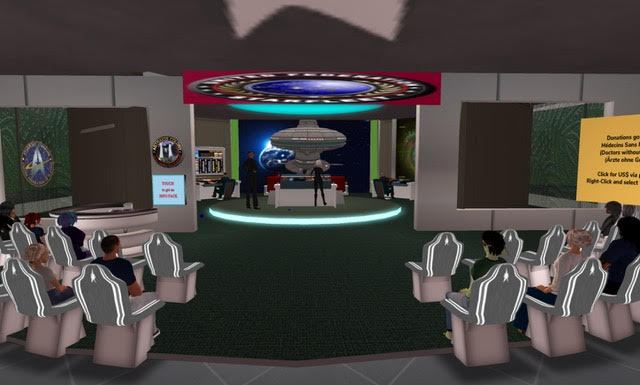 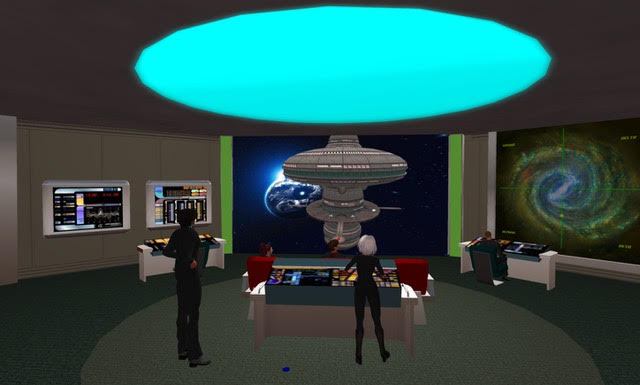 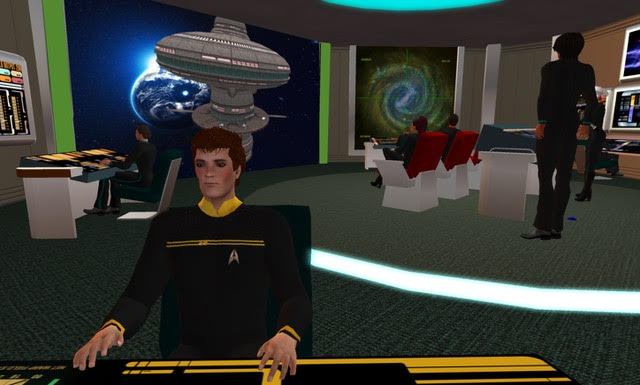 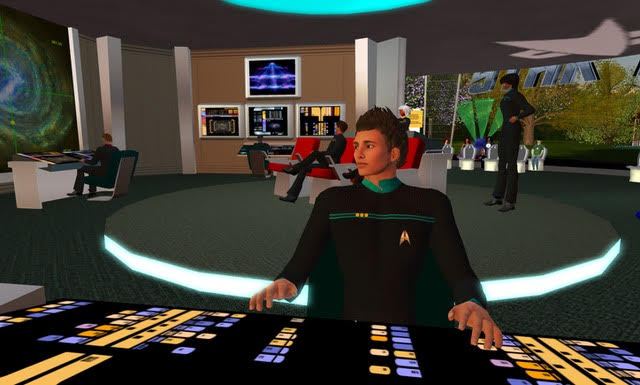 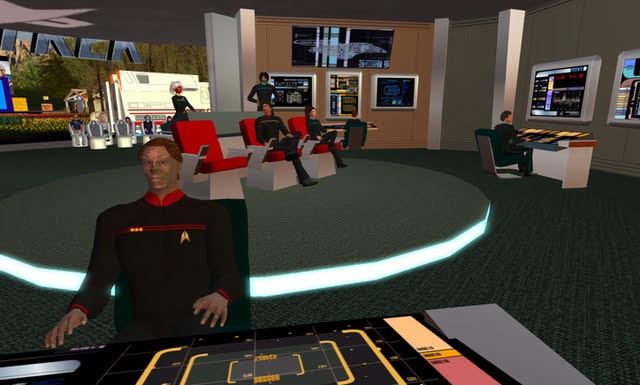 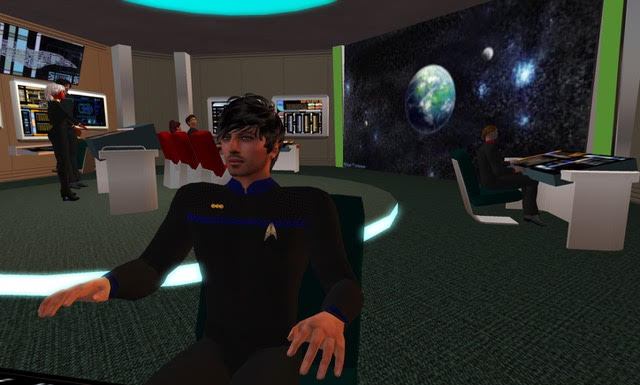 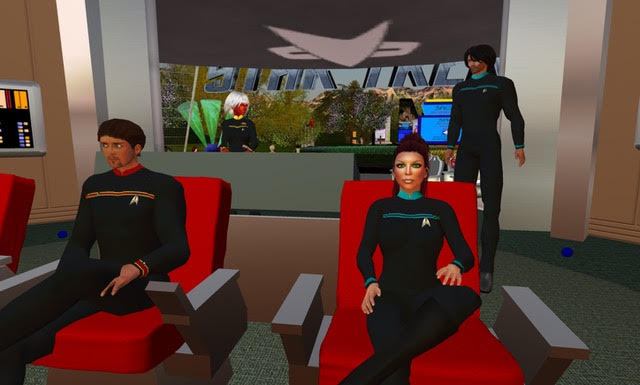 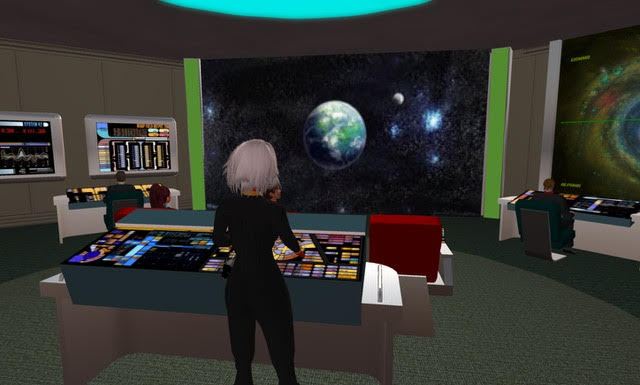 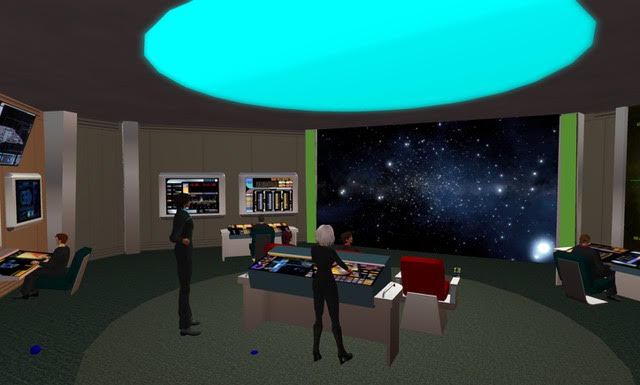 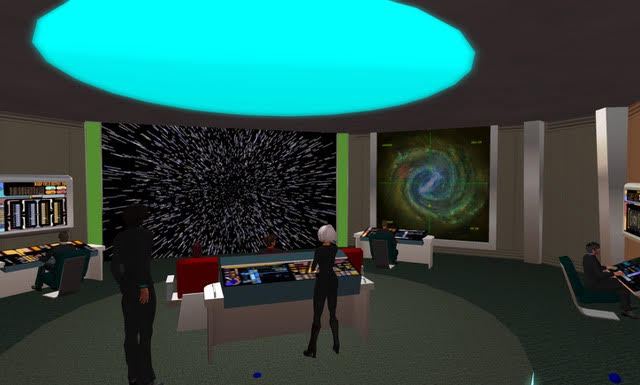 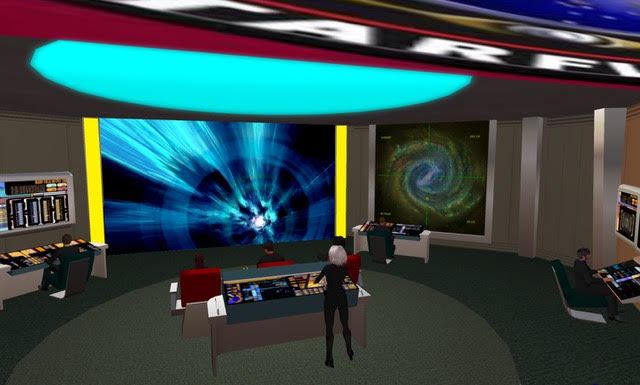 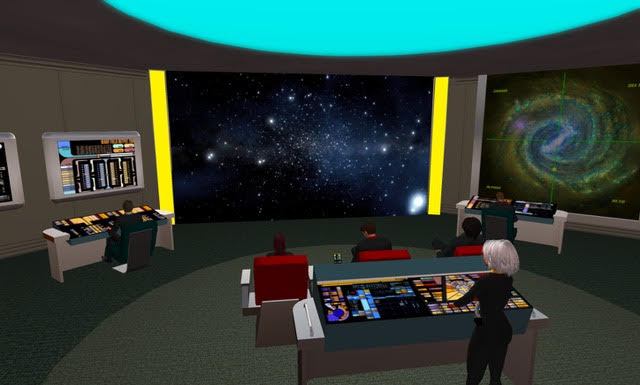 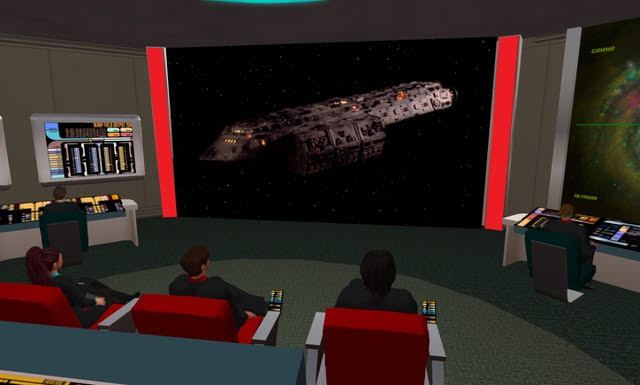 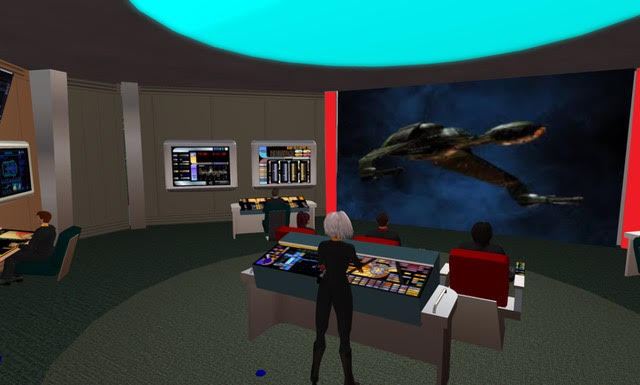 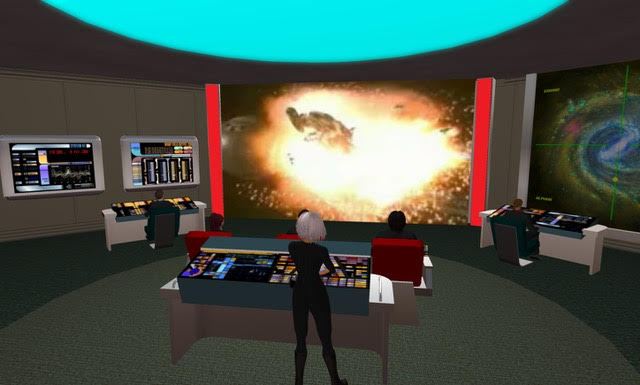 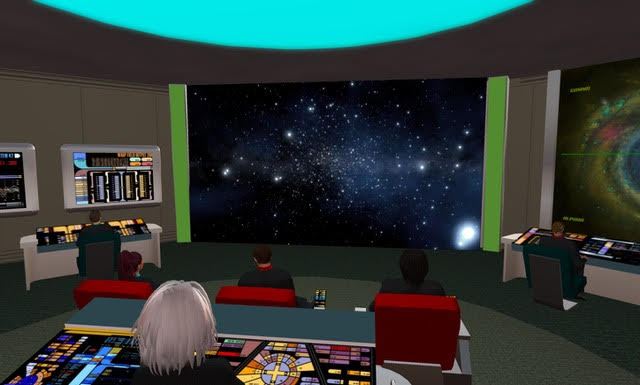 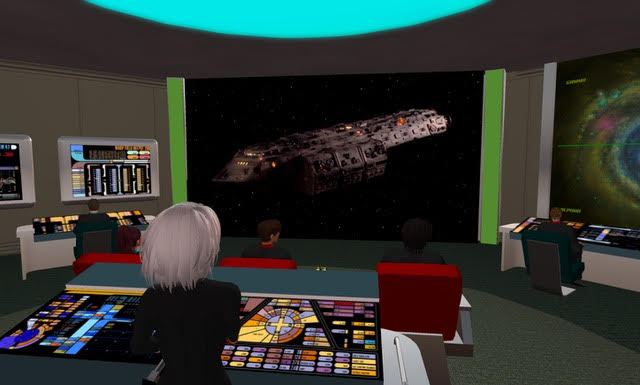 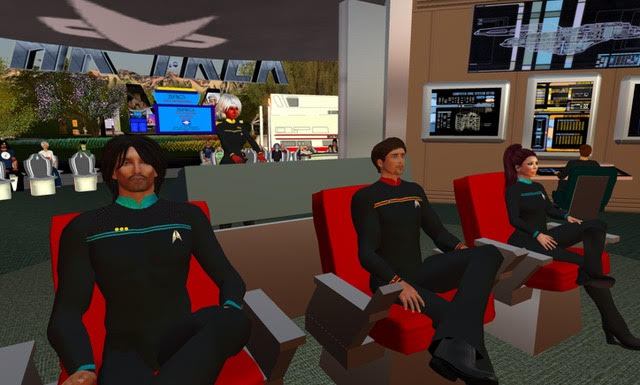 The crew of the "USS Nova" then left the Bridge and went to the front of the audience, where they took a bow and answered questions. 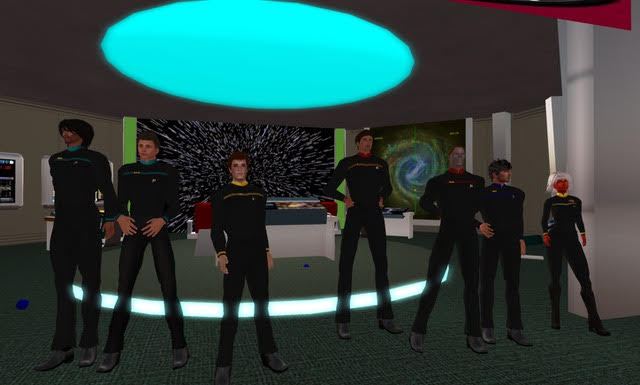 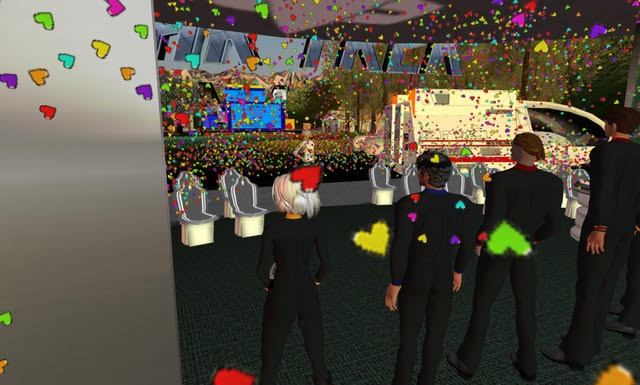