We have arrived at the resort planet of Everflow in the Pirandia Sector at approximately 0900hrs Pinastri time. As we had about a week’s uneventful travel time from the planet Ogred to prepare for our shore leave, the Alpha shift bridge crew was well and ready for transport down to the planet.

The crew, especially those affected by the Irzeds’ violation of their bodies will definitely need this time out to refocus, recenter and regain their state of mind if the Durant should continue our mission to explore and chart the quadrant’s sectors.

While in orbit, I’ve given instructions to the maintenance team to have the ship’s computer cache flushed and rebooted. All flight control systems to undergo Level 1 Diagnostics and maintenance where necessary. As HQ has updated the system charts, I’ve also left instructions to update the Durant’s navigational systems and charts with the latest data package from Starfleet’s computers. This will happen whilst the Alpha and Beta shifts take turns to spend time and decompress on planetside.

Everflow, is unlike Risa. The weather system is natural and unmoderated. Air and water quality is what one would expect of a class M planet. The plant life on Everflow is similar to the equatorial jungles of Earth and its geographically mountainous, with many tunnel systems and caves.

My scans have detected traces of an unfamiliar compound, unknown to our database. Its chemical makeup is similar to what is known to us as pheromones. However its structure seems to suggest that it is of botanical origins. I have since sent the data to Science for further analysis.

Everflow is definitely a welcome break from the confines of the Durant. The crew spent time enjoying the various activities available to visitors and the exploration and discovery of its landscape has brought the Alpha shift bridge crew closer together.

We are en route to the Talaiporia system, specifically to the planet Cronon. To drop off 2 passengers who’s background and mission details are classified. What little Starfleet intel the USS Durant has access to is consistent with the Romulan Star Empire’s knowledge that there is a war between the 2 races, Cronians and the Tramulans. Caused by the uprising of the inferior Tramulans against the governing Cronians.

It pleases me to report that the flight control systems are up to expectations and are comparable to the capabilities of a Imperial Warbird. However, I am not pleased to find that more in depth databases have been limited from my access.

In anticipation of the hostilities between the two races, and that we may be forced to assist the Cronians in quelling the Tramulan rebels, I will have to request that from the 1st Officer or the Captain if I am to do my job to fly this ship.

We are still en route to the Talaiporia system, specifically to the planet Cronon. While in warp, Tactical detected a Tramlu battle cruiser on an intercept course of the USS Durant. While the enemy scanned us, as did we. Incoming data show that the enemy has their shields up and their weapons ready.

As our ship dropped out of warp as ordered by Captain Jordan, we learned that we were facing the inferior Tramlu’s Patrol Vessel, Raygon. Commanded by an uncouth Tramlu female calling herself Issa Reelu. The situation became even more stimulating when Tactical reported 2 more Tramlu vessels were detected. Which I am pleased to note has become a fair fight for these imbeciles.

I must give credit to the Starfleet Captain commanding the Durant warship, that with my little persuasion, he has relinquished access to Starfleet’s defensive and offensive maneuvers database to me. Which provides me with enough knowledge of the Durant’s capabilities to fly circles around these Tramlu ships.

I must say that The Imperial Fleet will also commend the Captain’s plan to deceive the Tramlu ships is a good strategy, for a human. Offering them a stand down in weapons if the Tramlu disengages their weapons first. I expect that he will give Tactical the order to fire once the Tramlu drop their shields.

The Durant is at a standoff with the 3 Tramlu battlecruisers. Based on my knowledge of Starfleet’s Luna class starships, our armament could have easily laid waste to the rebels and continued on our way.

However, the Captain ordered a stand down of weapons and have dropped shields despite my protests. Let this be on record.

We have been invited aboard the rebels’ ship, The Raygon for talks which the Starfleet Captain Hal Jordan has agreed to. I have been invited to be part of the away party which will interrupt and delay the transmitting of recovered data to the Tal….

We have been invited aboard the rebels’ ship, The Raygon for talks which the Starfleet Captain Hal Jordan has agreed to. I will be part of the away party. I…believe carrying my disruptor would be wise in this tense situation.

Captain Hal Jordan, XO Lt Cmdr Narek Siva’nek, James Hode a retired Starfleet Captain and I transported to the Tramlu rebel ship, The Raygon and was greeted by 2 rebel commanders.These rebels being a female Issa Reelu and a male, Adafo Mylonis. Admiral Zania Turner, the ship’s comms specialist has stayed behind to man the bridge.

The room where we met was decorated with rebellion propaganda posters. I note that although these Tramlu rebels proclaim that they lobby for peace, their posters call for violence and display death wishes. Which I will be all too glad to humour them with, if only the Starfleet Captain allows.

I understand Starfleet’s wishes for peace throughout the Quadrant. However, my training tells me that the show of power and superiority over one’s enemies would be more efficient in dealing with such situations. Moreover, the Tramlu’s fight for independence from Cronon’s rule would upset certain power dynamics and economies in the Quadrant.

I will log in this entry that the Engineer, LT Yamabushi is displaying delusional behaviour and has been taken to sickbay by the Andorian, Dr. Zh'qoloq.

Captain Jordan has also revealed to the rebels that some of his ship’s crew are experiencing abnormal ailments, which is a suicidal move at the negotiation table. However one of the rebel commanders also responded that his crew are experiencing similar issues. I put on record that such display of careless neglect of strategic positioning against one’s enemy is unwise.

Lastly, the passenger James Hode, with his classified mission puts the away team at risk. If the team is not fully briefed of his objectives, we have no way of preparing for the desired outcome. I am pleased that I am allowed to keep my disruptor at my side and more than ready to use it. 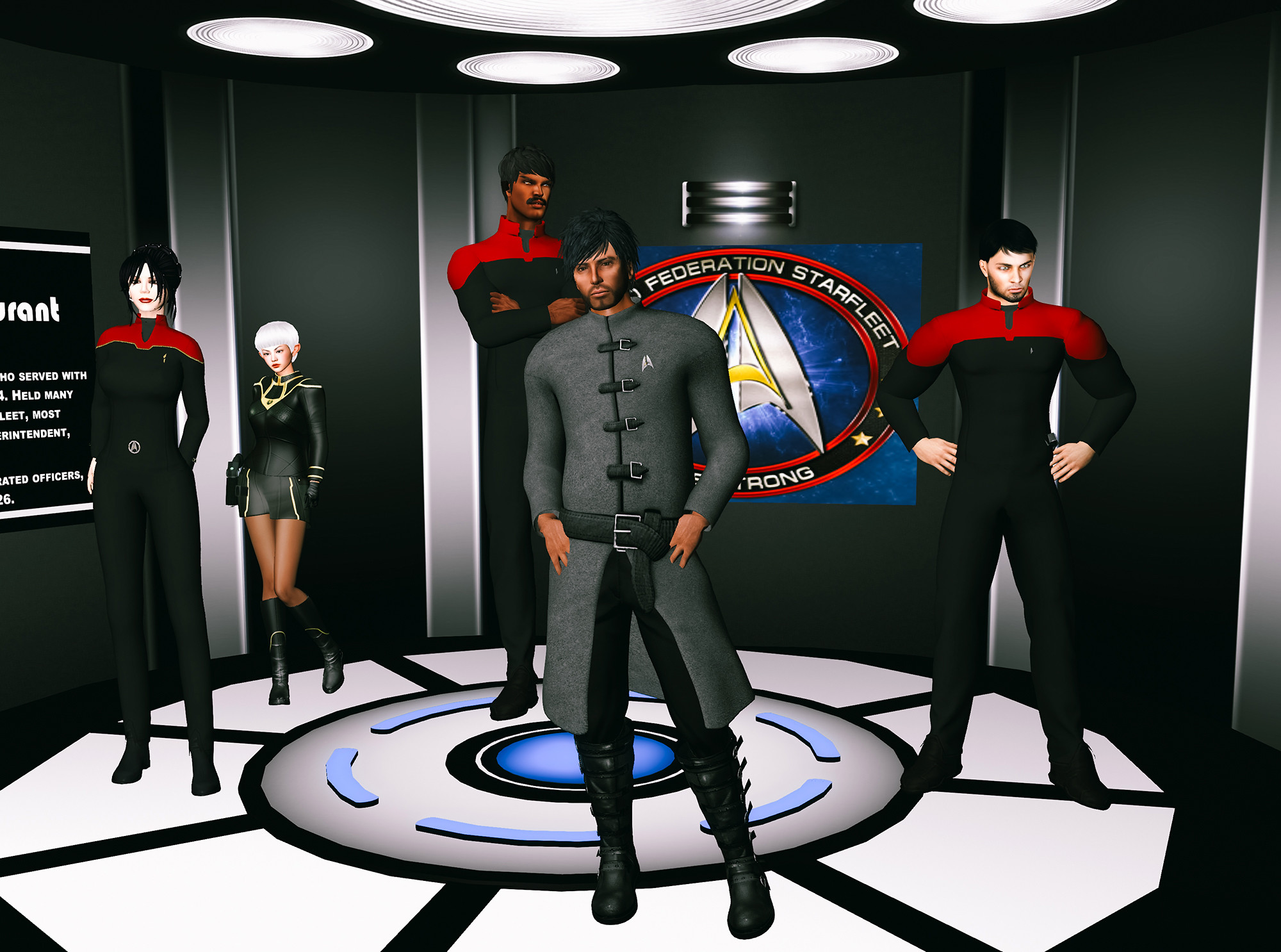 Durant away team to meet with Tramlu rebels by Selina Otsuka, on Flickr 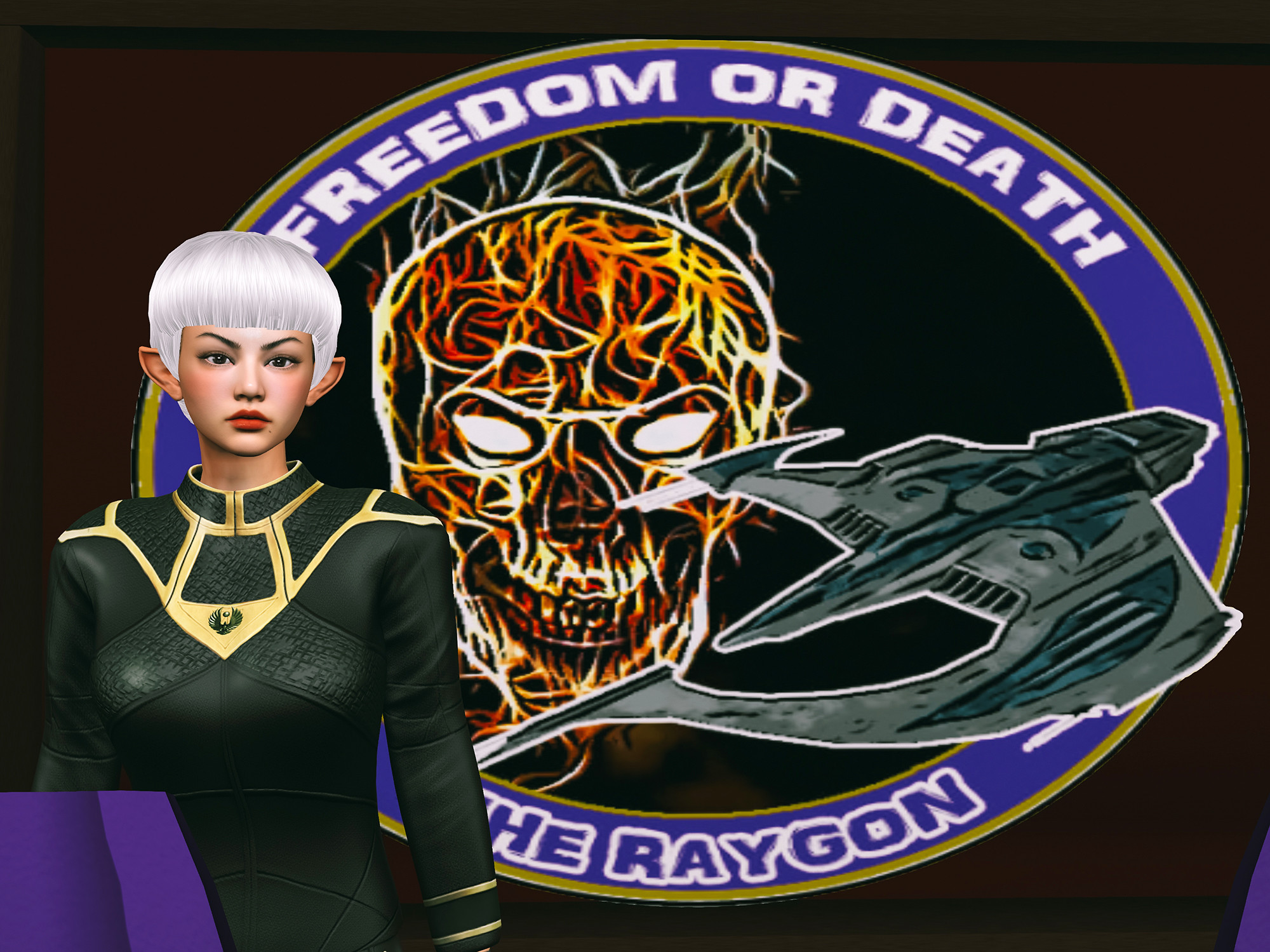 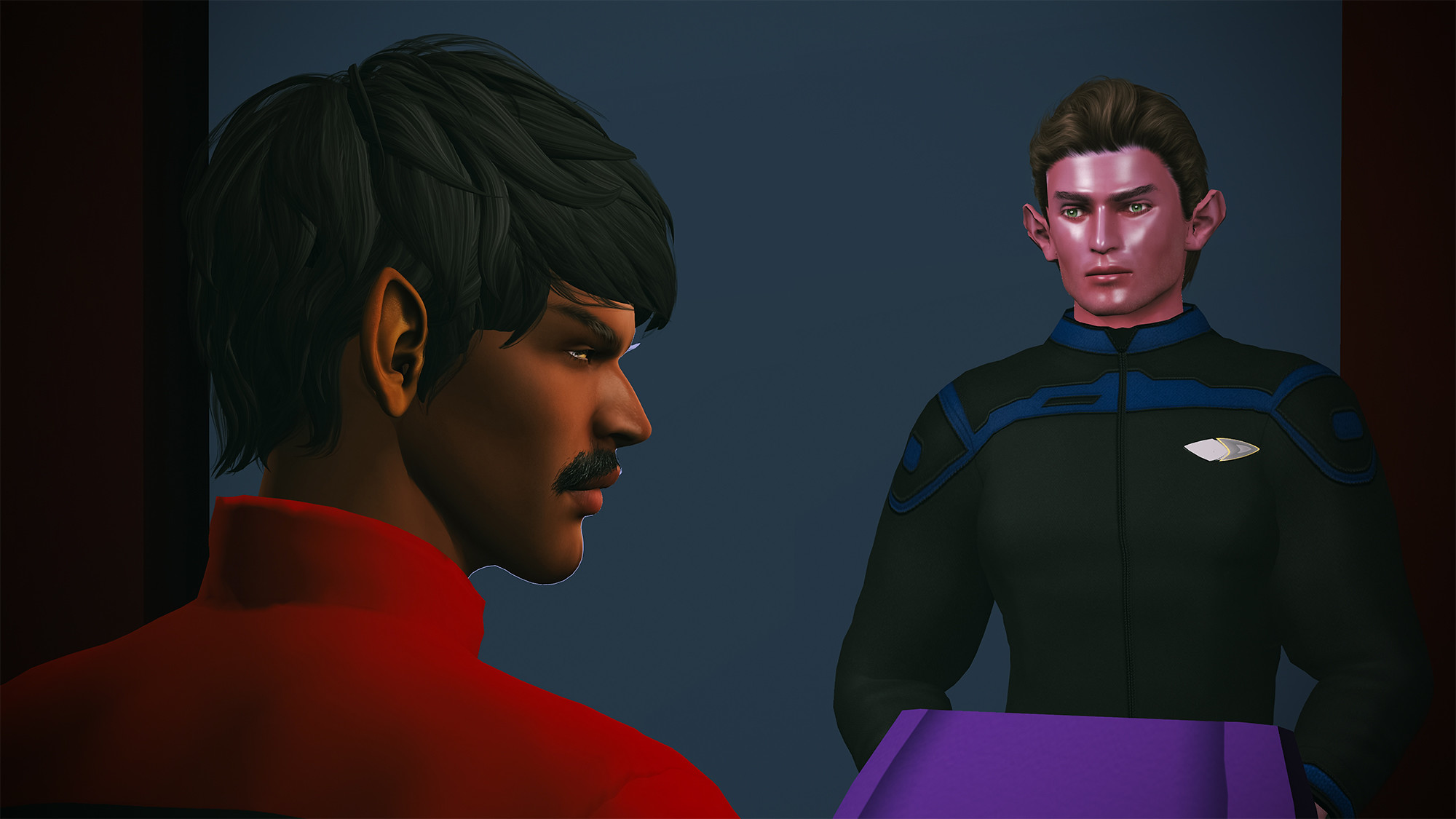