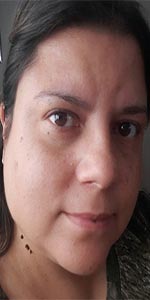 We were sent on a mission to explore this planet in the Nekritt Expanse. Our logs indicate it was pre 1940’s Earth time, somewhere in the 1930’s. Sending signals and transporting was limited so we took a small crew from the station to do the exploring at hand. They wanted samples of things that might explain their sudden disappearance from the planet. We were prepared to explore and go where few have gone before us. Jackray headed security, and Mirona was operations taking down the readings to send back to the station, since there was some sort of field that prevented a seamless transition of data. I was there as medical and science, to gather information on what might have led to the disappearance of the lifeforms.

jackray: ok we on the out skuts of town
jackray : aye
Varda : She steps from the road carefully and looks around at everything there then turns to Jack and Mirona, Ok, remember the prime directive, we are just gathering data off this planet and then returning to the station, try not to interact with anyone.
jackray: works for me
Mirona: pulls out her tricorder and started some basics scans , energiy signatures , technology , and so in
jackray: wow ok
jackray: humm humans trhere all over
Varda: so let's go ahead, watch your step, this is post apocalyptic from a terrible infection that spread all over the town, don't touch things unless you have to
jackray: works for me
Mirona: Aye
Mirona: This town is absolutely devastated
jackray: we some where near norway
jackray: the pine are of that area
jackray: pines
Varda: Well actually Jack, were on a different planet altogether. This area has been dessimated let me get some readings of the fauna and air and other things while were here see what I can bring up
jackray: ok will it a planet with a area like norway
jackray: there all kinds of trees
jackray: pines and others
Mirona: Yes but leaves are brwon and the polluted sky looks horrible brown , too
jackray: o yes
jackray: it has some odd cemical
Varda: Well my reading indicate there was some sort of devastation to the fauna here, it still grows but full of molds and other things. We must take a sample of one os the spores if possible ill grab one
jackray: there like odd reading over there
Mirona: I just have a few low energy readings
Varda: Here is an inn, Jack since your security, go inside and make sure its clear for us
jackray: there was a logg on the fire place or two
jackray: ok
Mirona: They offered baths , I am not sure if want one , now
Varda: haha, I know what you mean
Mirona: looks arround in the devastated on poisoned envirinment
jackray: there some kind of fish diss
Mirona: puuuh what a bad smell
jackray: ya the own is a fire man
Varda: how do you know?
jackray: o it on the scans I am geting
jackray: his wife works are a inn keerer
Varda: your scans can't possibly pick all that up Jack
jackray: she tuner this home in to an inn
jackray: no but I was reading they rercord on the disk in side
Mirona: I detected some bio matter in the upper floors
jackray: this desk
Varda: ok, let's go see
jackray: ok
jackray: as long as it not dead
Mirona: puuuh what a REAL bad smell
Mirona: thats something for blue branches
Varda: oh my gosh what a stench! these guys looks like they have been dead for a long time
Mirona: but the blood looks fresh ... strange
Varda: Ill grab a sample of the blood for further investigation, I also want some pictures of this
Mirona: Aye
jackray: do not open the clouthing area
Varda: ok i won't why?
jackray: there like more folks in the wardorbs
Varda: oh my
jackray: may be the fireman was a killer guy
Varda: could be
jackray: poor folks
Varda: ok lets go further on up the road
jackray: ok
jackray: o wow a car
jackray: they small
jackray: like the humanoids here are small
Varda: they had cars just like earth did, infact, a lot resembles older earth here, but something stopped it growth, and it appears it happened suddenly
jackray: may be it the planet of the vmpies
jackray: space vampierer
Varda: well, one will never know, it seems desolate here
Mirona: looks like a combustion engine
jackray: it is
Mirona: they pollute dthe air with their cars
jackray: the space vampiers where small folks but they grow to our size
jackray: it a bar
Mirona: her are pictures how they have looked like , when they were alive
jackray: they had some kind of spirts here
jackray: those are they movie stars
Varda: If we could ony figure out what killed them all, then maybe we could find some answers to some of the desolation that happened here and maybe bring back life to this dead planet
jackray: they famus folks of them
Mirona: yes, I am scanning on all bands
Top
Post Reply
1 post • Page 1 of 1