Oversees the UF Starfleet Academy, cadets and the indoctrination of new members in to UFS.

Many of you have probably heard the news (certainly if you were at or read the script of the previous P&A). I am officially stepped down as Superintendent of UFSA due to several real life commitments that are impacting my ability to properly managed the Academy. While one seldom like to take a step back, it's the right thing to do. This group deserves to have an Academy Superintendent that has the time available to fully commit. My commandant, Rowena Vandread-Rose well take over as the next Superintendent. Rowena has been my Commandant since Admiral Toocool passed the torch just over 2 years ago.

Time flies. We (the entire academy) has accomplished a lot in those two years, and there still is plenty to do.

Major accomplishments: I'm not how many people, aside from those working at the academy, how just how much Rowena has done for the academy over these two years. She either currently holds or has held the following positions; Commandant, ADP Director, Midshipman mentor Director which has now become UFS Mentors and has contributed to just about every other program or group at the academy.

For everything she has done to not only help me lead the academy but to turn it into the academy we see, today I am awarding her my final Challenge Coin for the dedication she has shown. 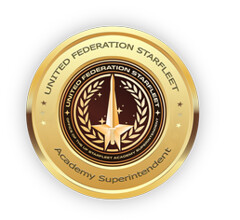 I am not leaving UFS and will continue in my Role as Commanding Officer of SS Tranquility. I will also continue in my role as CGSD Director at the academy, so I'm not leaving academy ground, just changing offices. I wish all my fellow joint-chiefs the best of luck and thank them for their support of the academy over these past two years.

I've said this before and I will say it again. You have done fantastic in your role as Superintendent. We have always had an open communication with visions and workings of the Academy and you have always worked to the best of your ability.

Thank you for everything you have done as a Joint Chief, a Leader and a Volunteer.

I am so thankful you are not leaving entirely, and i know that you will always support UFS Academy and its endeavours.

Well done Rich and good luck with RL new job,I hope you have time still to do stuff in SL 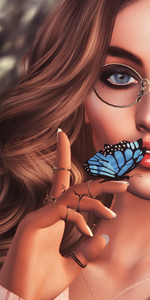 Thank you for all the years of service you have given as JC and head of the Academy. And congratulations, Rowena! You'll be amazing as Superintendent!
“You never know how strong you are until being strong is the only choice you have.” —Bob Marley

It's been a delight and an honor getting to know you, and working with you in my brief time at the Academy. I'm glad to know you're not leaving us entirely, and I hope we'll have the chance to spend some time together - should you ever have any! I'm in awe of your strength and endurance, and really glad to see you're ccommitted to making some time for fun in that bonkers schedule of yours!
Top

Thank you for all your time and all your efforts over the last three years. You have been a truly magnificent Superintendent of the Academy. Thank you also for setting the example by realizing when you needed to step down and let someone new have the reins. The best leaders create something that will outlast their time in leadership, and you have surely set foundations that will last a long time. Best wishes for your future endeavors, and I look forward to working with you on such things as Charon's Beacon!

Thank you, in turn, for taking up the reins on Academy! I have no doubt that with you at the helm, Academy's future will be very bright indeed! Thank you for volunteering, and thank you for serving. 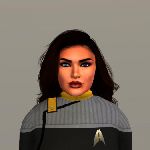 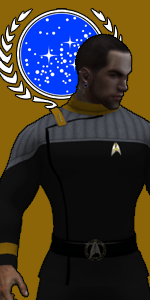 Rich, cracking job sir! Thanks for all your help and support to me in Curriculum Development. Also kudos to you for accepting when you can't offer what the job requires and taking the decision to step down. Excellent leadership, big shoes and all that.

Rowena, if I can be of help in any way please shout.
Captain Bodan Landar
Starfleet Security
Denkiri Station

Rich it's been amazing having you on the team and I am so glad beyond words you are stating on in UFS and look forward to chatting with ya more!

Rich, top notch job the past 2 years! Gratz, Rowena. Academy is an absolute pillar to UFS and has a history of stellar leaders. Well done all!
Major General Kressler Constantine
Retired 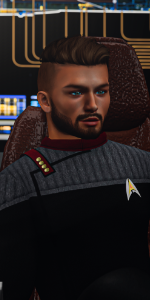 Rich, thank you for all you have done with the Academy in the last couple years. You are not afraid to experiment and try new things. You have overseen a lot of streamlining which I greatly appreciate. I wish you all the best as you allow yourself more time to focus on your priorities both in UFS and more importantly in RL.

Rowena, thank you for stepping up to the plate and taking on the Academy! I know you are going to do very well and keep us boldly going forward.
In Service,